Numerical methods and algorithms have shown enormous progress over the past decades, and this has enabled robust and efficient simulations of a wide variety of problems and problem classes. Until recently, simulations were mainly restricted to single aspects, such as electromagnetic behaviour or thermal behaviour. In recent years, however, one has come to realize that an accurate description requires the simulation of several aspects in a coupled way. This is especially important when optimizations are being carried out in an industrial context.

The demand for coupled simulations has initiated new areas of research in numerical mathematics. Simulations of individual aspects are already quite time consuming, so that a coupled simulation of various aspects can be expected to be computationally infeasible or at least extremely time-consuming. For this reason, other approaches are being pursued to enable coupled simulations. Model order reduction is one of these approaches: the results of simulations are summarized in automatically generated low order models, which are then coupled to obtain a model of the behaviour of the fully coupled model. The field of model order reduction is a very active one, with many new techniques being developed. There are clear relations to methods from linear algebra, and to the field of systems and control engineering.

In the context of optimizations, the technique of space mapping shows an increasing number of applications. This technique has relations to model order reduction, but is different in the sense that a clear relation is required between the high order and low order description of a problem. This relation is exploited in order to perform the optimization in an efficient way. Space mapping has clear relations to multilevel techniques.

In this workshop, we aim at bringing together researchers working on model order reduction, coupled problems, optimization and space mapping, to discuss new developments, open problems, and various applications. It is envisaged that the workshop will be used as a forum for extensive discussions between experts. Whence, there will not only be plenary talks, but also informal discussions in smaller groups which will be formed adaptively during the meeting.  Another aim of the workshop is to plan a book, with many contributors, containing the state of the art as far as model order reduction is concerned. Several publishers have already expressed an interest in such a volume.

The workshop can be considered as a continuation of a sequence of workshops that were organised in the context of the European network “MACSI-net”, which was active from November 2001 until April 2004. One of the working groups was WG02 on “Coupled problems and model reduction”, chaired by Wil Schilders. This group organised 5 workshops during 2001-2004, thus building up a network of researchers working in the field of model order reduction, coupled problems, optimization and applications. 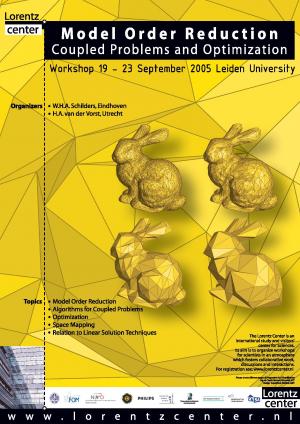 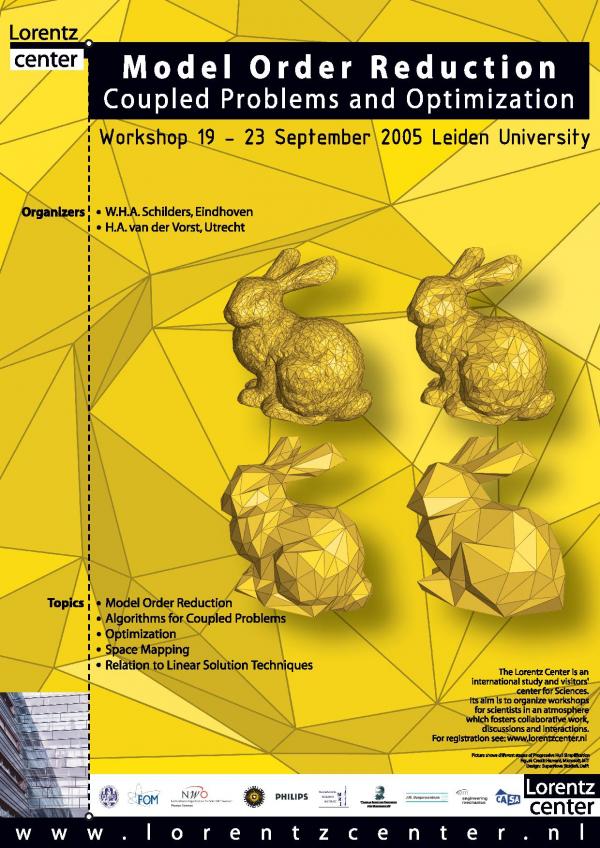