Galactic nuclei and compact star clusters are the densest stellar environments in the universe. In these crowded places, circumstances have conspired to create conditions in which close encounters and physical collisions between stars – a rarity in the neighborhood of the Sun – are commonplace events. Such <em>dense stellar systems stand at the interface between stellar dynamics and stellar evolution.

Often owing their existence to purely dynamical processes, they offer wholly new channels for stars to evolve, allowing the formation of stellar species completely inaccessible by standard stellar evolutionary pathways.  These systems also play a central role in astronomy.  They are the birthplaces of stars and planetary systems, and form the building blocks of galaxies.  They also lie at the frontiers of many areas of astrophysics, including the interplay between gas and stellar dynamics in young star clusters, the formation and evolution of massive stars and black holes, binary dynamics and evolution, and long-term collisional processes leading to X-ray binaries, Type-Ia supernovae, gamma-ray bursts, and sources of gravitational radiation.

From a modeling standpoint, these congested systems represent rich multiphysics environments in which gravitational dynamics, radiative processes, nuclear physics, and fluid dynamics interact on many spatial and temporal scales, ranging from <tt>10<sup>3</sup></tt> m and <tt>10<sup>-3</sup></tt> s on the small end (physics of compact objects) to <tt>10<sup>18</sup></tt> m and <tt>10<sup>17</sup></tt> s at the other extreme (long-term cluster evolution).  The intricate coupling of these processes makes dense stellar systems important but difficult targets for theoretical modeling, requiring significant inroads in many areas of computational science.  Great progress has been made in recent years, both in theory and in programming paradigms, and powerful hardware (in the form of GPU and GRAPE systems) has become available to vastly speed up simulations.

At the same time, a wealth of new observational data has become available, and more will emerge in the near future (GAIA, LAMOST, LOFAR, etc). Several EU FP-7 programs are aimed at handling large data volumes, both from computer science and astronomical perspectives.  Yet these new observations have also challenged some of our most basic assumptions.  Once regarded as prime examples of simple stellar populations, with all stars born simultaneously and homogeneously, rich clusters are now known to have much more complicated histories, affecting everything from their composition to their dynamical evolution.

The formation and evolution of dense stellar systems are driven by a wide variety of tightly coupled physical phenomena.  Understanding these phenomena requires similarly close coordination among experts in the field---astronomers, physicists, and computer scientists with observational and theoretical expertise in galactic and extragalactic astronomy, stellar and galactic dynamics, fluid dynamics, stellar evolution, and the development of high-performance hardware and software.  The overarching goals of this workshop are to foster long-term collaborations among observers and modelers working in related fields, to define new joint projects likely to advance these collaborations, and create a modeling framework within which realistic simulations of dense stellar systems can be carried out and compared with reality.  To this end, the workshop will focus on key observational issues and the corresponding theoretical and computational advances needed to address them. 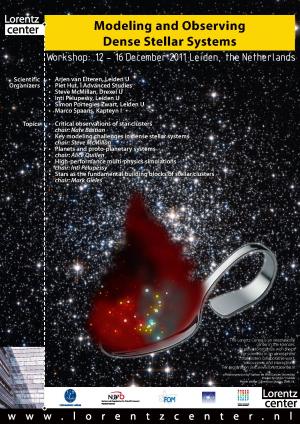 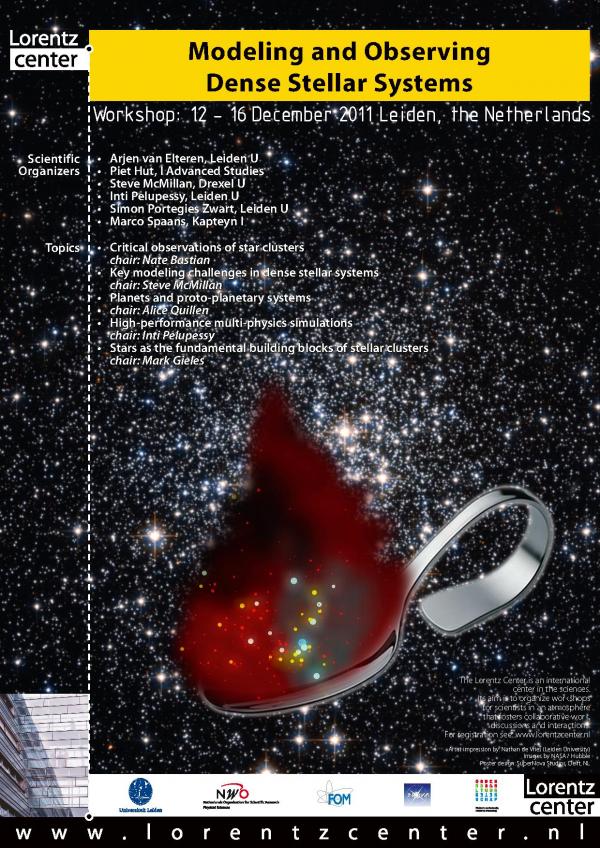