Our Galaxy, the Milky Way, contains a magnetic field with a complicated morphology. Because of the complexity of the field and difficulties in measuring magnetic fields, modelling this field and revealing its origin is an extremely daunting task.

However, a realistic Galactic magnetic field (GMF) model would be extremely rewarding: magnetic field knowledge is essential for understanding the Milky Way’s ecosystem and evolution. Also, it would elucidate the origin and evolution of galactic magnetism. Lastly, such a model is essential for extragalactic studies for which the GMF is an interfering foreground; in particular, a realistic GMF model would finally allow extremely energetic charged cosmic particles, named Ultra--High Energy Cosmic Rays (UHECR) to be traced back through space in order to discover their sources in the Universe.

Therefore, this endeavor can only be undertaken through collaboration of experts in Galactic magnetism, cosmic-rays, and (bayesian) modeling methods. With this aim in mind, we had the opportunity to hold a Lorentz Center@Snellius meeting in 2017, bringing together experts from the three communities of Bayesian inference, UHECR theory and observations, and GMF data and modelling.

This meeting in 2017 resulted in the formation of the IMAGINE consortium, which has two aims:

(a)    to establish a regular exchange between experts in the fields of galactic magnetism, cosmic-rays, Bayesian methods and other relevant disciplines such as galaxy formation and dynamo theory, and

(b)    to build a software package to enabling modeling of Galactic magnetic fields using input from these various disciplines.

The goal of the 2017 meeting was to define and initiate scientific applications of the IMAGINE software package. Indeed, since this meeting, the collaboration has resulted in a White Paper outlining the scientific goals and applications of the consortium and software[1], a technical paper outlining the IMAGINE software package[2], and a paper studying the interplay between cosmic rays and Galactic magnetic fields[3].

Since that meeting, the consortium has matured enough to reach out to a bigger community, to broaden both multidisciplinary input into IMAGINE as well as increase its usage and scientific output. Therefore, we organize a workshop at the large venue @Oort in the Fall of 2021 to: discuss the present research on these topics, to review available computational tools and the observational database, and, most importantly, to identify further directions of research and promote active collaborations between the participants.

Through this meeting we plan to address several important research questions in the field:

IMAGINE is particularly committed to fostering and increasing such interdisciplinary research bonds. We feel that significant progress on these title topics can be made by exploiting synergies and complementary expertise of different research branches.

This workshop will be considered a success if:

1. New scientific applications of the IMAGINE software package will be defined and initiated.

Data sets considered to constrain GMF models shall include the most recent results on Faraday rotation measures, synchrotron emission from the Galaxy, and polarised dust emission and absorption. Particular emphasis will be given to the discussion of UHECR deflections with a view on the information content of potential anisotropies in the measured arrival directions with respect to the UHECR source scenarios and GMF modelling. The Dutch research community plays a large role in this project. Radboud University, which hosts the three initiators of this project, is the center of cosmic ray research in the Netherlands: Galactic cosmic rays as well as extragalactic UHECRs, theory as well as observations. With a growing galactic magnetism community, it is very timely to bring together the Dutch and international communities.

This is the rescheduled workshop of 2020 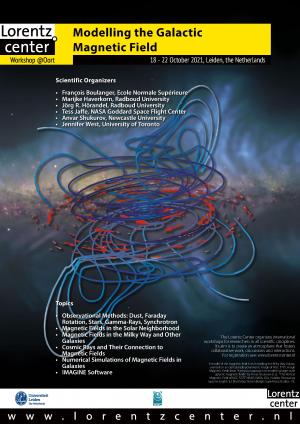 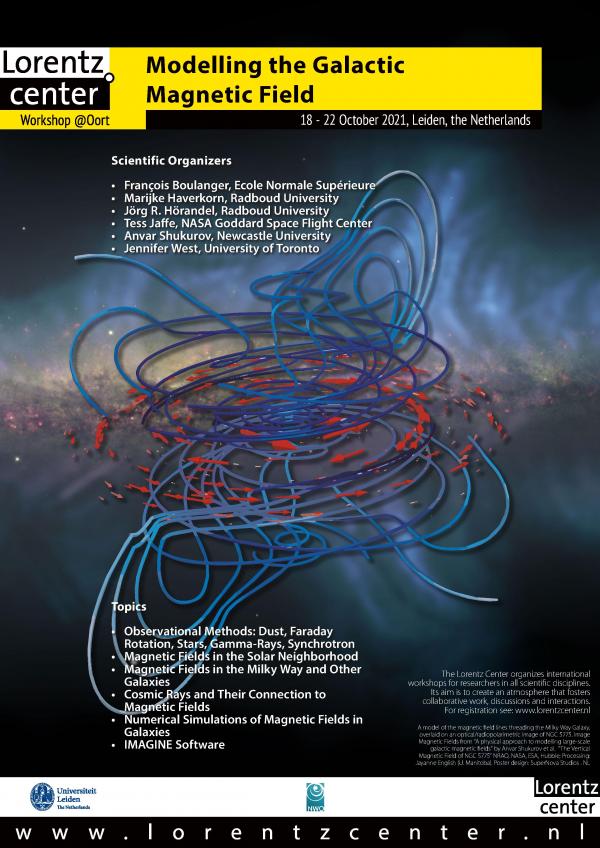