Recent developments in physics, biology, chemistry, and material science have renewed the interest in the rich phenomenology of patterns and mechanical properties of thin sheets. These developments have led to new insights into classical nonlinear theories of “simple” sheets (homogenous, unstructured, isotropic), and inspired studies in new branches of physical phenomena, such as metric-prescribed (“non-Euclidean”) sheets and filamentous networks.

Inspire exploration of potential links between the physics of thin sheets, and contemporary problems in biology (e.g. morphogenesis of living tissue and organs, plant mechanics and locomotion at low Reynolds number), and material science (e.g. innovative metrology and nanomechanics).

Create a substantial contact between current studies of thin sheets (which have been focused on morphological complexity under mechanical equilibrium conditions), and the classical theories of non-equilibrium pattern formation, and statistical mechanics of polymerized membranes. These two celebrated fields were very active in the 80’s-90’s and generated a remarkable body of knowledge, whose connection to contemporary research in the physics of thin sheets remains largely unexplored.

Specific themes that we propose to emphasize in this workshop are:

To what extent phenomena such as wrinkling, crumpling, folding and creasing, be defined as universal?

How do thermal fluctuations or microscopic disorder affect a sheet under stresses generated by growth or external forces?

How do configurations of an evolving elastic system depend on the kinetic pathway?

The role of mechanics and pattern formation of thin sheets in the morphogenesis of cells, tissues and organs.

The workshop will serve as a platform to stimulate interaction between various disciplines that do not interact often. For example the mechanics of complex sheets requires a delicate interplay of supramolecular chemistry, applied mathematics and physics. Similarly, understanding the mechanics of biological sheets requires the interaction between biologists, physicists and chemists. The intrinsic interdisciplinary nature of the entire topic is reflected in the choice of our speakers and participants.

This workshop will be considered a success if this diverse combination of excellent researchers with complementing skills will find useful links between their apparently distinct works. It is hoped that the discovery of such links will lead to solving old problems and will inspire new research directions. 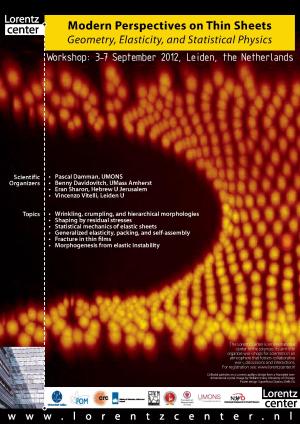 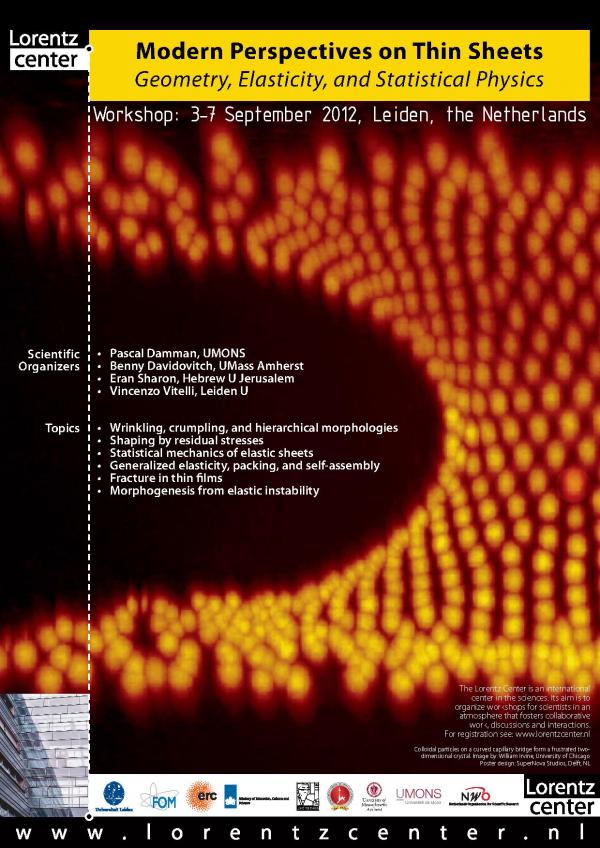