Multiscale Computing: From the Desktop to the Exascale

Science is at its most powerful when it can not only convincingly explain the processes at work in natural phenomena but is able to predict what will occur before it does so. Predictions of real world events, such as weather forecasting, when a cement will set, the occurrence of an earthquake or what intervention to perform to cure a medical condition, all require the bringing together of substantial quantities of data together with the performance of many high-fidelity simulations before the event in question occurs. Such forms of calculation are among the most demanding known in computational science, as they need to be done rapidly, accurately, precisely and reliably, including quantification of the uncertainties associated with them.

These processes are also multiscale in nature, as their accuracy and reliability depend on the correct representation of processes taking place on several length and time scales. Only now, as we move toward the exascale era in high performance computing (HPC) can we expect to be able to tackle such problems effectively and, eventually, in a routine manner. This workshop will bring together a dedicated group of computational scientists to identify generic methodologies, algorithms and languages for multiscale computing, as well as software environments that support multiscale computing, cutting through specific scientific domains.

The goal of this workshop is to bring together a group of computational scientists and scientists from several different scientific disciplines to further explore generic methods, algorithms, specification and modelling languages, and software environments for multiscale computing. We will build upon the current understanding of multiscale modelling and focus on multiscale computing on state-of-the-art computing resources, with focus on high end HPC/Cloud ecosystems. The workshop will foster topical discussion, both in breakout sessions and plenary sessions, aiming at unifying ideas and setting future research agendas.

The workshop has a length of 5 days. We will structure the discussions around the following five topics:

Moreover, a number of sessions will be dedicated on reporting state-of-the-art applications of multiscale modeling and simulation. 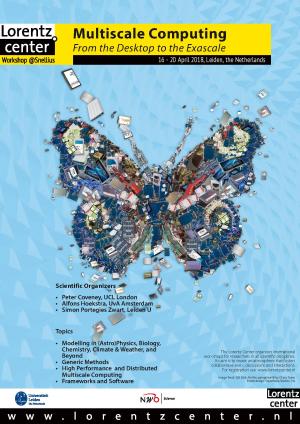 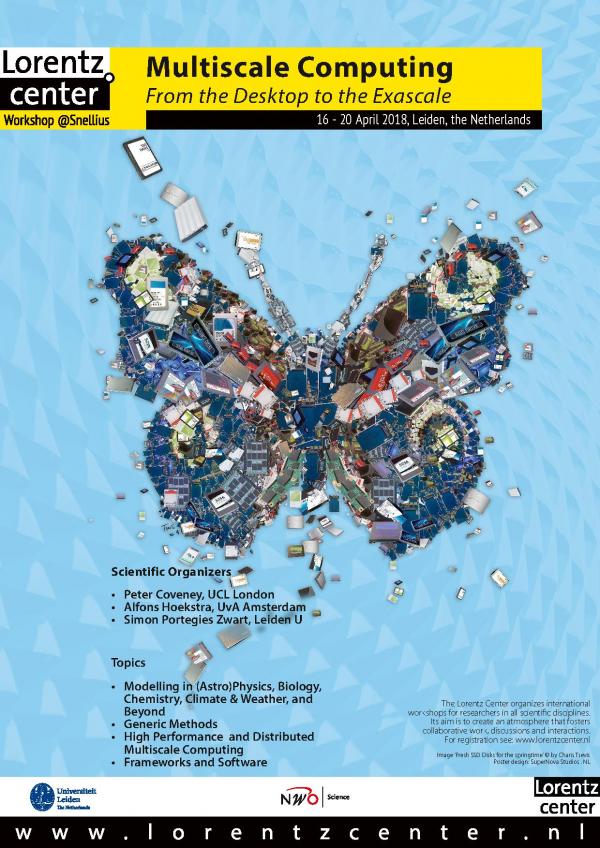