The Lattice Boltzmann method is a relatively new computational methodology but already widespread and well established. During the last years it has demonstrated numerous advantages with respect to other computational methods. These include not only highly efficient parallelization and implementation techniques, but also advanced models bridging the physics between microscopic systems and macroscopic applications.

The scope of the present workshop is to bring together scientists who are currently using the Lattice Boltzmann technique to study computationally challenging problems in different applicative areas. We expect it will be possible to  obtain a clear picture of where the methods have been pushed so far, which validations have been performed, which techniques and know-how could be transferred between different applicative area / communities.

Our vision is that LBE is now in its maturity and has the capabilities to provide a community code which can incorporate fluid dynamics at disparate scales and with different physics. The possibility and usability of such an effort was already very successful in other communities performing computer simulations. We hope that such a success can be repeated in the lattice Boltzmann world.

Scientifically the workshop will focus on fluid problems at the microscales, on turbulent and multiphase flows and on biological fluid dynamics.  The workshop is expected to drive scientific exchanges and transfer of know-how between groups focusing on state-of-the-art applications in different fields.

Multiphase and multicomponent flows are ubiquitous in industry. Lattice Boltzmann is a tool which offer large possibilities in terms of physical modeling, with relative ease of implementation and adaption to complex flow geometries. During the workshop week a special day will be devoted to industry. The day will be co-organized by Ramin Badie (ASML, Veldhoven, The Netherlands), Xiaowen Shan (EXA Corporation, Boston, USA), Herman Wijshoff (Océ, Venlo, The Netherlands). 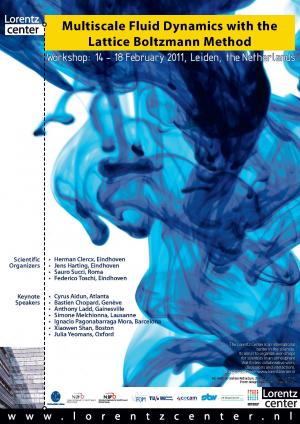 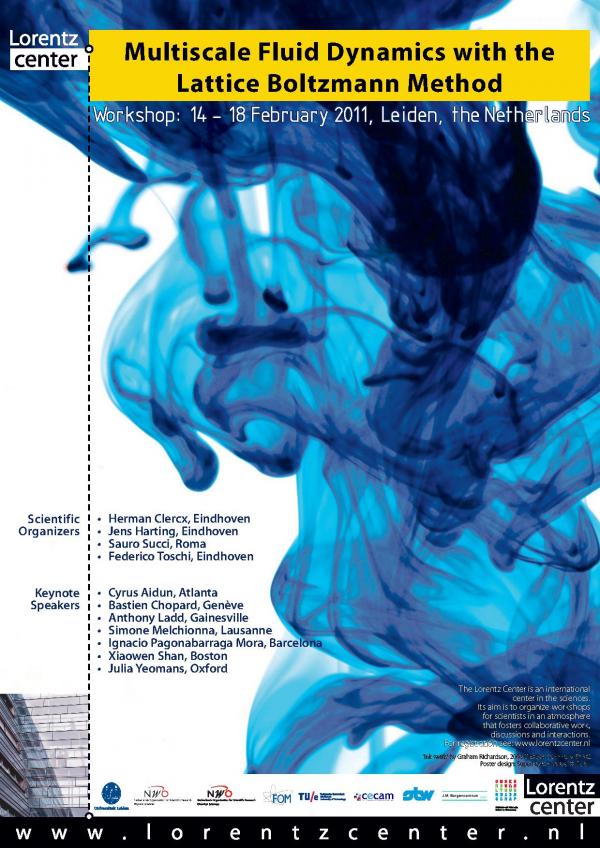