The aim of this workshop is to bring together experts on music similarity from Computer Science and the Musical Sciences in order to discuss overarching and cross-disciplinary strategies on the theoretical and computational modeling of music similarity. Specifically, participants of the workshop are going to develop a roadmap document on music similarity research, providing an overview of achievements, current challenges, future short and long term goals on modeling music similarity.

Modeling music similarity is fundamental both for researching musical structures and cognitive processes involved in the human engagement with music in the Musical Sciences, and for similarity search in large collections of digitized music in Computer Science. The dramatic increase in the digitization of music calls for the development of computational methods in Music Information Research, such as content-based querying and retrieval, automatic music classification, music recommendation, and digital rights management. A fundamental topic involved in these different aspects of processing music information is the computational modeling of music similarity. Similarity in music is a highly context dependent notion and poses serious challenges for computational modeling, so much so that state-of-the-art retrieval methods have recently hit a glass ceiling.

At the same time, the need for computing tools to study music similarity is also crucial for music scientists, who study similarity relations in the listening process, in composition and improvisation, and through the analysis of musical scores and performances. The computational modeling of music similarity poses serious challenges due to the complexity of the musical material and the lack of established formalized similarity models for the domain of music. These challenges cannot be met by one discipline alone. By bringing together experts from Computer Science, Musicology and Music cognition, the workshop will allow an important step towards meeting the grand challenges of music similarity.

Main areas that will be addressed are:

2. Perception and cognition of similarity

Computational processing of similarity in music is inevitably linked to both the investigation of music as a fundamental human trait and the development of music technology. Hence, the roadmap of music similarity to be developed during the workshop will serve as an example of the kind of collaboration between Computer Science and the Musical Sciences necessary for progress in both these fields. 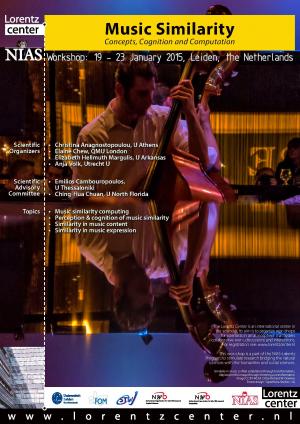 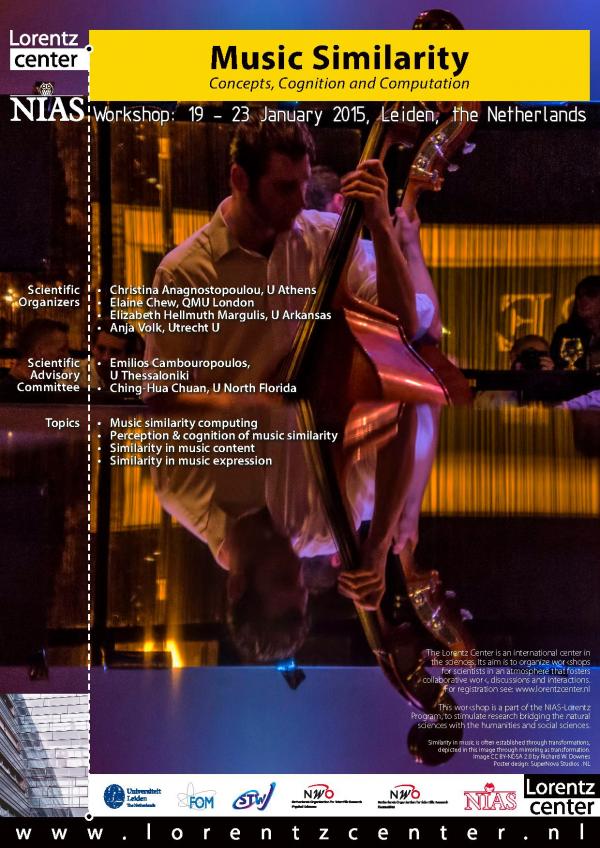