Normative multi-agent system (NorMAS) community meets every year to promote an interdisciplinary discussion that connects computer science, logic, and artificial intelligence to social sciences, e.g., law, sociology, psychology, and economics.  Previous NorMAS symposia were co-located in 2005 and 2010 with the AISB conferences, and in 2008 with the DEON conference in Luxembourg. Other editions of NorMAS (in 2007, 2009, and 2012) were organized as Dagstuhl workshops. The primary goal of NorMAS 2013 is to encourage a more focussed interdisciplinary discussion and exchange of ideas by bringing together researchers and practitioners from these different disciplines to discuss their theories, models, and tools that can be utilized in the design and development of normative multi-agent systems. In particular, NorMAS 2013 will explore the relation between multi-agent systems, social choice theory, and different computational and conceptual models of norms. Particular attention will be paid to the mechanism design perspective, where norms can be seen as mechanisms that can align individual goals with the overall system objectives (which are often represented by a social choice function). 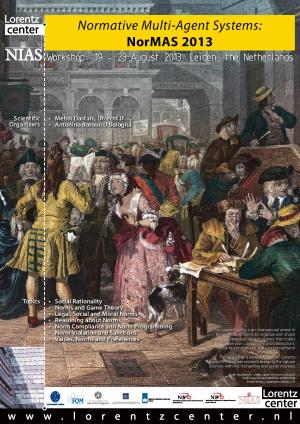 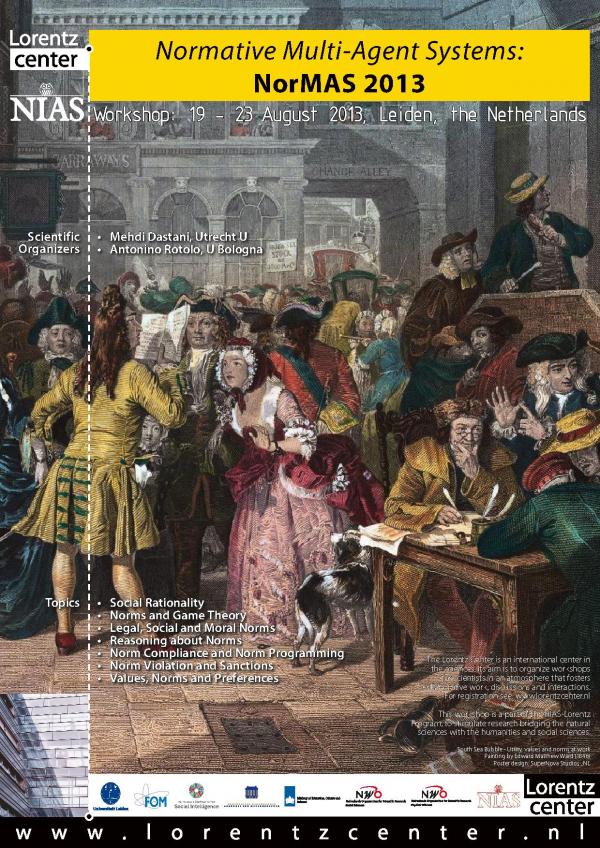