Researchers have been working on developing such methods, and particularly some promising results have been achieved within the artificial intelligence and law (AI & Law), Normative Multiagent Systems (NORMAS) and Autonomous Agents and Multiagent Systems (AAMAS). Various approaches have been developed over the last decades, but thus far alignment between these different approaches is lacking and many open issues still have kept us from large-scale application.

Important lessons have been learned that help us to better understand the sheer complexity of norms and normative reasoning, including issues such as open evaluative terms, qualification, argumentation, evidence and evidential reasoning, agency and compliance. These elements all need to be reflected in representation languages and reasoning mechanisms in order to facilitate automated reasoning about a world governed by norms (rules).

This workshop is intended to discuss these issues between representatives from industry, government and academia and come up with solutions and directions for further development of representation formalisms, executable specifications and implementation of norms.

As concrete deliverables we envision the following results to make the workshop successful, if:

•       The basis of an ontology for normative systems using Hohfelds’ fundamental legal concepts is created, and an inventory is made of the challenges regarding the building of a task independent model of norms using that ontology.

•       Examples of institutional reasoning and reasoning about behavior in a social reality have been made using the tax case prepared for the workshop, resulting in a list of tasks detailing concrete scenarios and preliminary solutions.

•       A prototypes is created for making task independent models, and reasoning with these models based on the ICT with Industry prototype. The prototype is used for making a workplan for the development of the prototype into a minimum viable product.

During a substantial part of the workshop we will be working in three separate tracks. Each track will work on a different perspective on the same study case: the settling of work expenses for payroll taxes in the Netherlands. This is a part of the Dutch income tax system that has been subject of many legal disagreements in the last years.

1.      ‘Development of a state of the art ontology for normative systems’ by prof. dr. Joost Breuker.

2.      ‘Exploration of reasoning mechanisms supporting institutional reasoning and reasoning about behavior in a social reality governed by norms’ by dr. Alexander Boer. 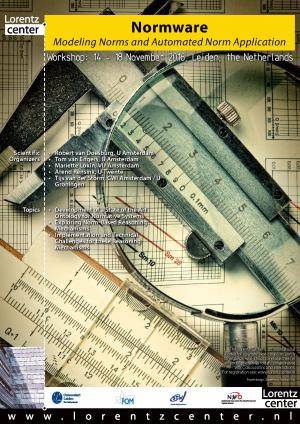 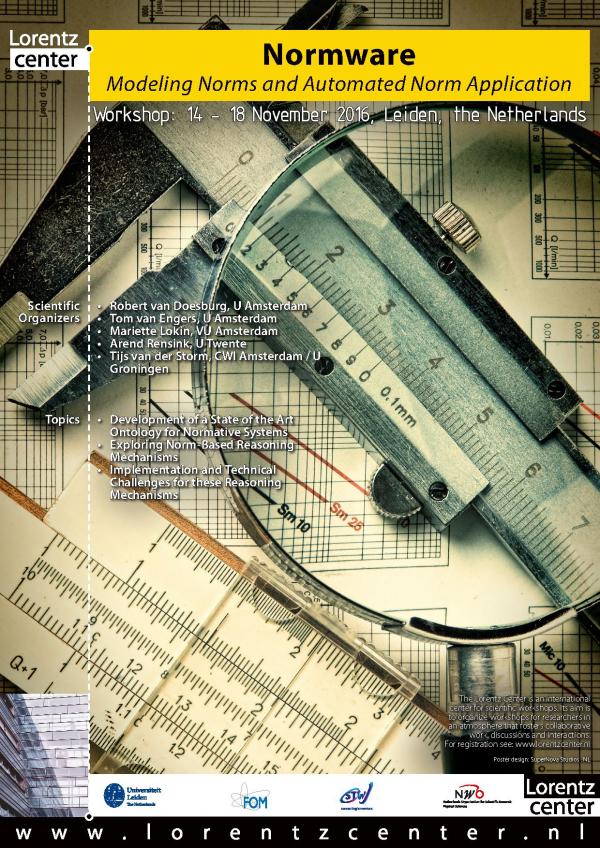