There are many Banach algebras with a partial ordering such that the product of two positive elements is positive again. Algebras of functions give examples, but also algebras of operators on ordered Banach spaces. In spite of these natural occurrences inside and outside mathematics, the consequences of a possible ordering have hardly been investigated systematically in the field of Banach algebras.

In Positivity, the field of ordered structures and their applications, substantial knowledge has been built up on ordered Banach spaces and their operators. Here, however, it is the algebra structure that has received virtually no attention. Much is known about single operators, but algebras of operators on ordered Banach spaces -- which are then automatically ordered algebras -- have not been considered seriously. This is remarkable, for one need only look at the developments since the introduction of von Neumann algebras and C*-algebras to realise that such a passage from a single operator to a structure of operators can have serious potential.

In this workshop researchers from both the Banach algebra community and the Positivity community are brought together. The aim is to set the agenda for a joint and systematic study of ordered Banach algebras, by identifying key research questions and forming teams with experts from both fields who will work on these questions after the workshop. 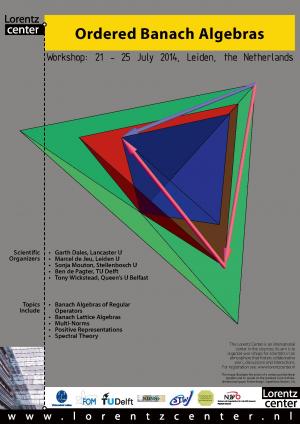 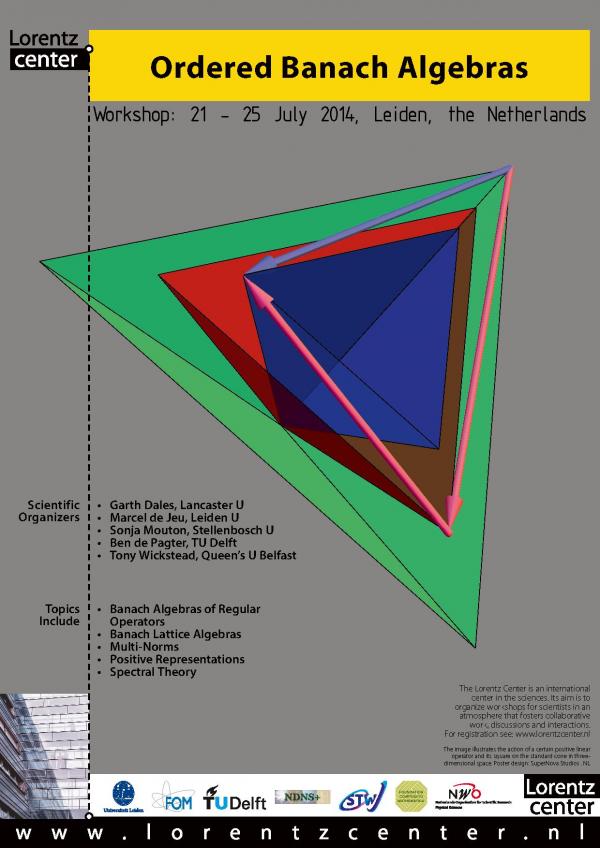