Part and Whole in Physics

Description and aim of the workshop

Western philosophy began by asking the question “What is everything made of?” Today many look to physics for an answer. But the question has two presuppositions. It presupposes that physical objects are organized into levels, and that this hierarchy is founded on entities of no more than a few basic kinds. The purpose of this workshop is to bring together prominent physicists and philosophers in an intense but informal interdisciplinary atmosphere to investigate how well the two presuppositions hold up in the light of contemporary physics and philosophy.

High energy physicists often portray their work as a search for the ultimate building blocks of matter, but recent work by philosophers of physics has cast doubt on the abilities of the quantum field theories of high energy physics to provide such ultimate building blocks, in the form of elementary particles or strings on the one hand, or of field values on the other. If this is right, contemporary physics has no uncontroversial candidates for basic building blocks of a compositional hierarchy. This situation may be temporary, but are there any methodological or metaphysical reasons why it cannot be expected to be permanent? Does progress in physics require that we either find or seek basic building blocks? Is there any reason why the world must either have basic building blocks or else take the form of an infinite compositional hierarchy? The workshop will evaluate possible answers to these questions.

Recently, many philosophers have been trying to improve our understanding of the part-whole relation and the compositional structure of the world. Some agree that objects form a compositional hierarchy but disagree about its number of levels—one (monism), a few, many or an infinite number (no fundamental “atomic” level). Some analyses are so abstract as not to depend on details of contemporary science, but other philosophers do draw on their knowledge of physics. But they then tend to work with an impoverished stock of examples and a limited understanding of relevant physics. Philosophers seeking to learn from findings of physical science stand to benefit greatly from close interaction with its knowledgeable practitioners.

Another goal will be to deepen our appreciation of the compositional relations among the objects of various theories of physics and biology, and to assess the implications for our philosophical understanding of the part-whole relation. The relation between any ultimate building blocks and objects like the quasi-particles that figure in theories of condensed matter physics is not simply that the former compose the latter. The conditions required for a complex system like an organism or living cell to arise from simpler molecular elements are the subject of intense study by biophysicists. This is an opportune moment to bring together high energy, condensed matter and bio-physicists in the company of philosophers to develop a more illuminating account of the relations between such objects and their elementary constituents.

One model for such an account has been developed by those trying to account for the emergence of a (quasi)-classical realm within quantum theory. This views typical macroscopic objects as relatively stable and enduring patterns that emerge within the structure of the quantum state of the world. On such a view, the world need not form a compositional hierarchy, with or without ultimate parts. Perhaps all physical objects emerge as structures of a world with no proper parts—a view recently advocated on quite independent grounds by some philosophers.

We intend to bring about mutual appreciation among philosophers and physicists of the relevance and significance of each others’ work on matters of common concern. We seek not only formulation of common ground but also clarification of reasons for continued disagreement to be pursued more profitably as a result of the understanding achieved during this meeting. 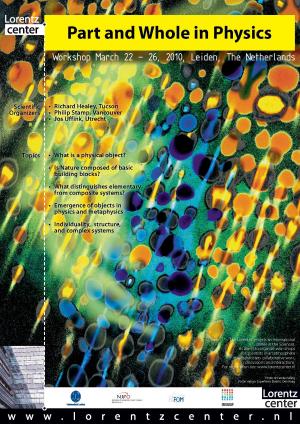 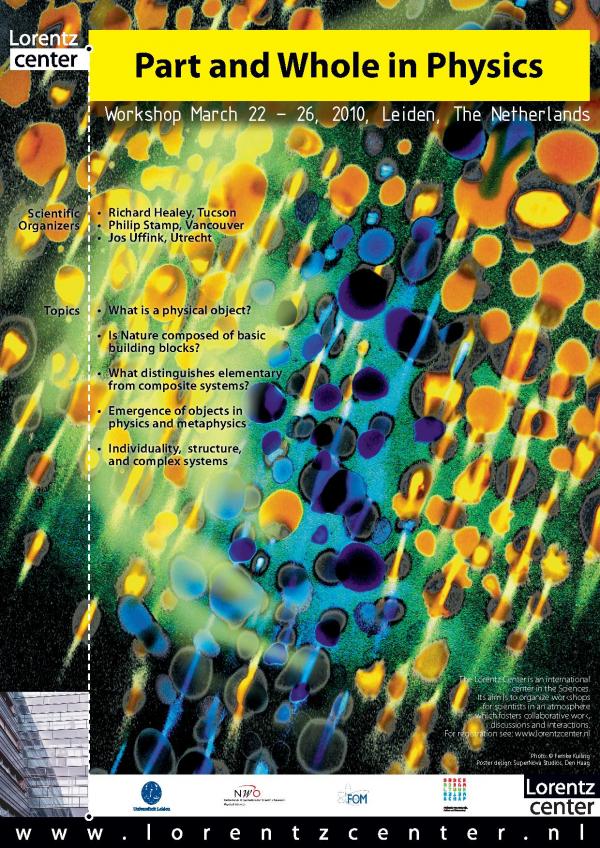