There is increasing speculation that powerful AGN activity may be intimately linked to the overall galaxy evolution process, both via the gas accretion events that trigger the activity, and via the feedback effects of the AGN-driven outflows. However, there remain considerable uncertainties about exactly how AGN are related to the evolution of their host galaxies and local environments. The aim of this workshop is to address these issues by concentrating on the subset of AGN with powerful radio jets. Such objects are particularly important because they are invariably associated with early-type host galaxies, allowing clean searches to be made for the observational signs of the triggering events.

The main issues that will be addressed in the workshop include the following.

-        What are the dominant modes of triggering of powerful radio galaxies?

-        How do the triggering modes, local ISM and host galaxy properties relate to the AGN and jet properties?

-        To what extent can the luminosity functions and evolution of the radio source populations be reconciled with the evolution of galaxies in general?

-        How can we deduce the kinetic powers of the relativistic jets?

-        How significant are the warm and cool gas outflows driven by the jets and AGN?

-        What is the relationship between radio galaxies, other classes of powerful AGN  and luminous starburst galaxies?

-        To what extent is the jet activity in radio galaxies cyclical? 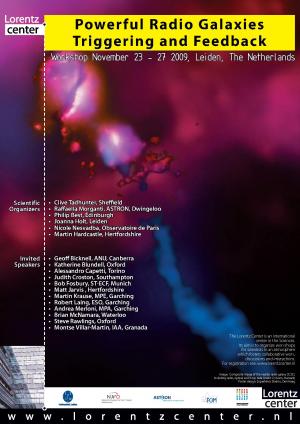 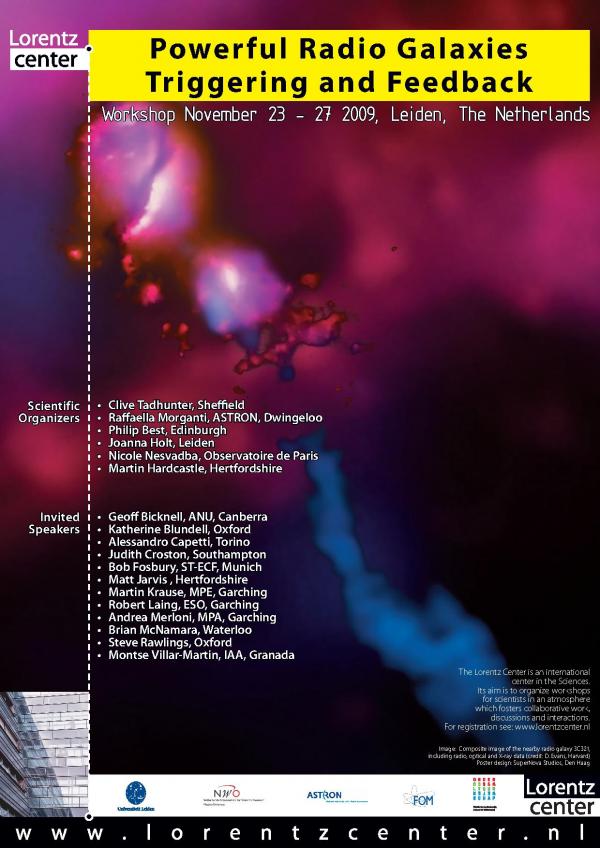