Probing the Foundations of Cultural Evolution

Understanding the processes that have produced the great variation in human and animal cultures observed today is a major scientific challenge. The emergence of the field of cultural evolution has united scientists of diverse backgrounds (including anthropology, psychology, sociology, biology, and economics) in a common approach that understands cultural change as an evolutionary process. This approach is centred around the fundamental analogy that cultural variants, like genes, vie to be transmitted between individuals, and that their expression affects their efficiency of spreading through populations.

Today, the field of cultural evolution is vivid and diverse, encompassing a wide range of methods and ideas (often adopted from the field of evolutionary biology) aimed at understanding cultural change, such as language evolution or the spread of technology.

Some researchers even suggest that an evolutionary approach may provide a synthetic framework for the unification of the social sciences, just as the theory of genetic evolution provided a unifying principle underlying the life sciences.

However, although the field of cultural evolution has seen much progress over the last three decades, the foundations of the theory of cultural evolution have not yet been firmly established. In contrast to the theory of biological evolution, which is amongst others based on the well-established principles of population genetics, there is no generally accepted view of the nature of ‘cultural traits’, the laws governing their transmission, and the meaning and dynamics of ‘cultural selection’. It is not always clear what are the basic premises that underlie all cultural evolution research, and, conversely, where there exist dissonances between the different approaches. We contend that the time is ripe to critically evaluate what binds and what separates researchers in this field today, some thirty-odd years after its conception.

In this workshop, we aim to investigate the theoretical and methodological foundations of the field by assessing its core assumptions and inconsistencies. Which are the basic premises that bind researchers in the field together? What are the inconsistencies between different approaches, and how can we address these? The workshop will commence with two evocative lectures for each of four pillars of cultural evolution research (dynamics, patterns, mechanisms and experiments). Next, a large part of the workshop will be dedicated to discussion sessions in which participants will be divided around the same pillar themes. Finally, there will be plenary presentations and discussion based on the reports of the four pillar groups. A compilation of group reports and review papers underlying the plenary talks will be submitted for publication in a special issue of a high-profile general interest journal. 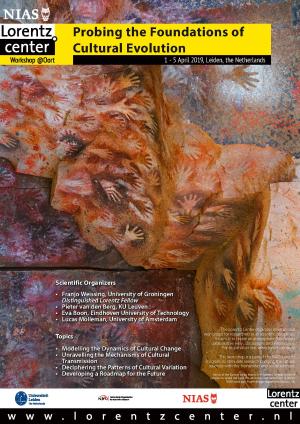 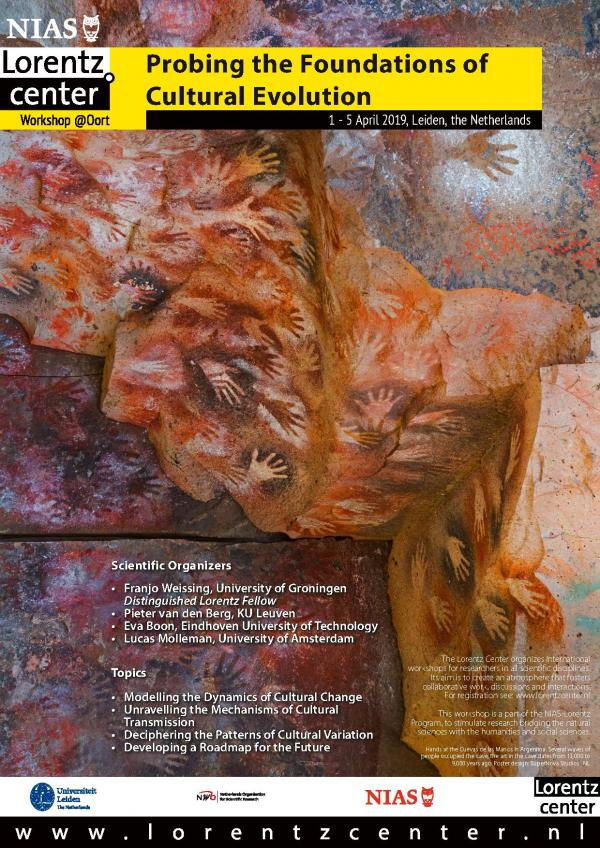