The physics of interacting quantum many-particle systems, which do not exhibit spontaneous order upon cooling towards zero temperature, is both conceptually complex and experimentally relevant. “Quantum critical" systems are usually perched at an instability between two ordered quantum phases, but "quantum liquids" without broken symmetries can also occur as stable ground states.

Quantum critical matter is characterized by an absence of conventional quasiparticle excitations, and a wide region of the finite-temperature phase diagram develops novel thermodynamic and transport properties that deviate fundamentally from the properties of conventional materials.

This workshop will seek to deepen our understanding of quantum criticality, focussing on aspects such as the breakdown of Fermi liquid theory in the critical regime, fluctuations and non-equilibrium properties near criticality, and the avenue to novel phases (like unconventional superconductivity or exotic liquids) due to instabilities of quantum critical matter.

The organizers intend to bring together key people who have been active in a number of recent significant developments concerning quantum criticality in quantum magnets, interacting bosons, interacting electrons, and quantum impurity systems.

Following the tradition of the Lorentz Center, the workshop will provide ample time for informal discussions as well as for posters. We plan to have a light schedule of three talks each day that will help to inspire the discussions. In addition, a tutorial, planned for two or three afternoons of the first week, will introduce young researchers to the subject matter of the workshop. 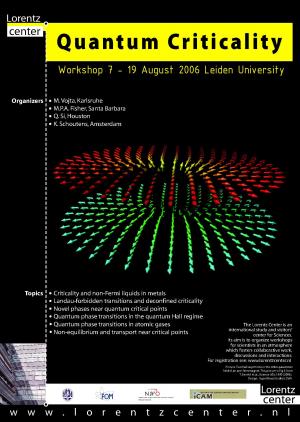 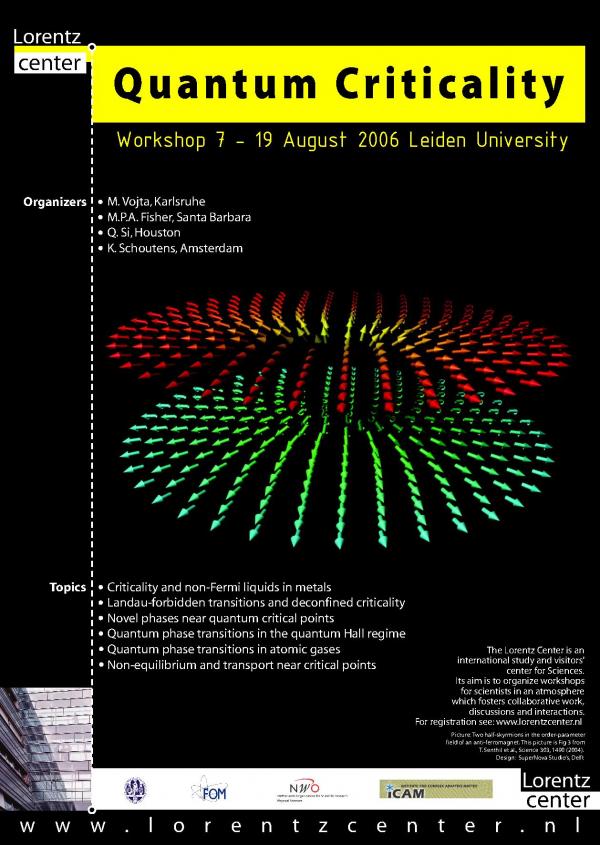