Recent Insights in Mitochondrial Evolution Applied to Health and Ageing

The endosymbiosis theory envisions cytoplasmic organelles, such as mitochondria and chloroplasts, as enslaved entities whose presence is only beneficial for the cell. We now know that this view is incorrect and that conflicts, both among mitochondrial genes and between mitochondrial and nuclear genes, are prevalent. Eukaryotic cells contain multiple mitochondria, each with multiple mitochondrial genomes, and selection among these genomes can reduce cell fitness. As a consequence, during somatic growth, deleterious mitochondrial mutations can accumulate and may contribute to the development of diseases such as cancer, and aging.

Because mitochondrial genomes are almost exclusively transmitted via the female lineage, males are an evolutionarily dead end. As a consequence, selection against mutations deleterious for males but not or less for females, is absent or weak. Consistent with this genetic argument, mitochondrial diseases can be more severe in males than in females. Furthermore, certain mitochondrial genotypes are correlated with reduced sperm motility causing fertility problems.

Generally, during egg-cell formation, selective replication and/or purging of functionally deficient mtDNA molecules occurs, preventing the accumulation of deleterious mutations over evolutionary time in the absence of sexual recombination (Muller’s Ratchet). An unanswered question is how this purging during egg-cell formation takes place. Evolutionary theory makes general predictions, for example that purging occurs via a mitochondrial bottleneck, in combination with selection on physiological and biochemical performance of mitochondria. But specific, testable predictions require detailed knowledge of both mechanisms of transmission of cytoplasmic elements and about their structure within the cell.

This symposium will bring together researchers studying the molecular details of such intra-cellular processes, with medical researchers interested in mitochondria-related diseases and evolutionary biologists interested in genetic conflicts. The interaction of these three fields will be reciprocally illuminating, as so far these research fields have operated separately. Combining the different kinds of expertise will provide researchers with the necessary details to make more specific predictions about the consequences of mitochondrial evolution, both long term and during somatic growth, on diseases and aging. Evolutionary biologists will gain from a deeper understanding of the exact mechanisms underlying mitochondrial evolution, whereas molecular and medical researchers will be able to test specific predictions aimed at preventing or curing mitochondrial diseases.

This workshop will be considered a success if new collaborations are established between evolutionary biologists and medical researchers. We particularly hope to encourage collaboration among junior scientists such as PhD students, postdocs and early-career researchers. As part of the program, we will include a half-day workshop on possibilities to apply for funding to establish cross-disciplinary research programs (eg Human Frontiers Science Program grants and Cross-disciplinary Research Fellowships). 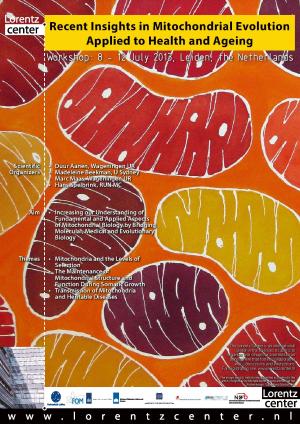 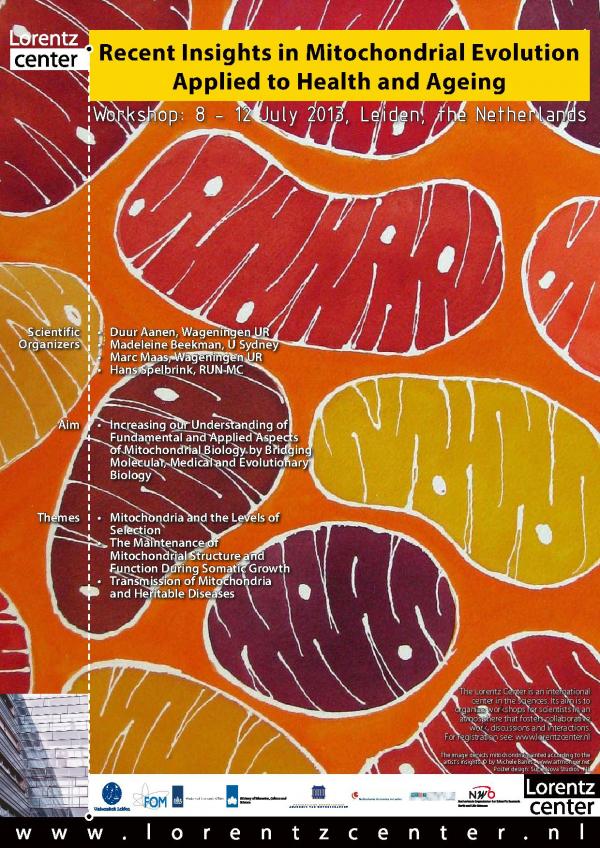