The workshop will focus on current topics in electrostatics and the physics of screening in room-temperature electrolytes, with particular emphasis on applications to biological systems. Screening already features prominently in such diverse fields as polymer physics, microfluidics, colloid science, self-assembly of nanostructures and biophysics. Recent insights - resulting largely from work on molecular-scale systems - however indicate that screening can lead to qualitatively new behaviour that is not accounted for by 'conventional' descriptions. A notorious example is screening by multivalent ions, which results in counter-intuitive phenomena such as reversal of the effective charge of macroions and attraction between like-charged macroions.

Recent theoretical work on fluctuations and spatial correlations suggests that universal mechanisms based predominantly on electrostatics underlie these effects. Theories are currently being extended and refined to describe experimentally relevant situations such as quenched disorder, (bio)polymer condensation, chromatin structure and related biological systems, and non-equilibrium phenomena like transport through nanopores. These ideas have also motivated dedicated experiments ranging from scattering to single-molecule techniques that provide increasingly quantitative and rigorous information on the effect of screening. Each experimental system introduces its own subtleties, however, and further interplay between theory and experiment is required before a consensus can emerge regarding the underlying mechanisms.

We aim to bring together experimentalists and theorists from the various fields interested in the physics of screening and related phenomena. The main themes of the workshop will be: 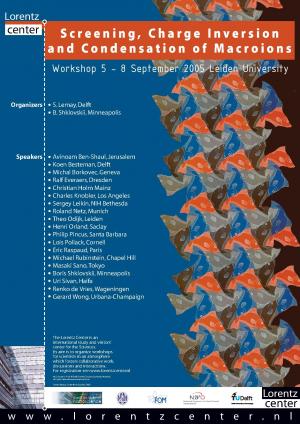 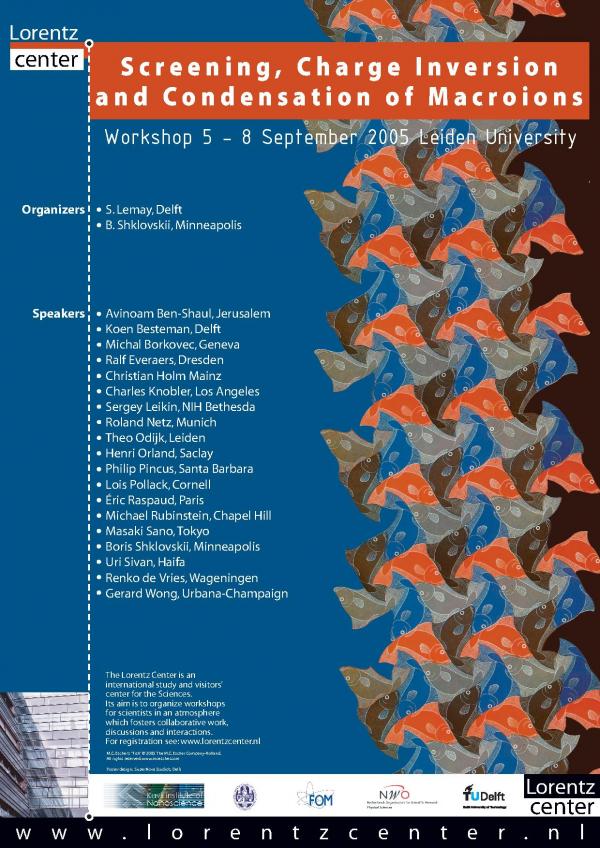