Irreversible thermodynamics of spin, charge and entropy in conducting nanoscale circuits and devices

The importance of the spin contribution to the entropy in thermodynamic phenomena such as adiabatic demagnetisation is well established and routinely applied for refrigeration purposes. Only very recently it has been realized by experimentalists and theoreticians that in electric conductors spin entropy can be created and manipulated by non-equilibrium charge and heat current, thus identifying the field of spin-caloritronics (heatronics). In magnetic nanostructures, for instance, a giant magnetothermopower and an enhanced Peltier effect have been observed, while in thin magnetic films display a novel spin-Seebeck effect. Concrete problems to be addressed in the near future are heat-current-induced ferromagnetic domain wall motion and violation of the Wiedemann-Franz Law as a measure of inelastic electron scattering. Evidence for the importance of thermorelativistic effects has become apparent in the form of the planar and anomalous Nernst and Righi-Leduc effects in various materials. The anomalous Ettingshausen effect and the family of corresponding direct and inverse spin Hall equivalents, of intrinsic and extrinsic nature, are other topics that recently attract interest.

This workshop brings together for the first time a diverse group of experts who are working on similar problems, but attend different conferences. The workshop should create significant synergy between fields of spintronics, supertronics, electron device physics, materials science, and energy research, between experiment, theory, and computational physics, stimulating new ideas and collaborations. 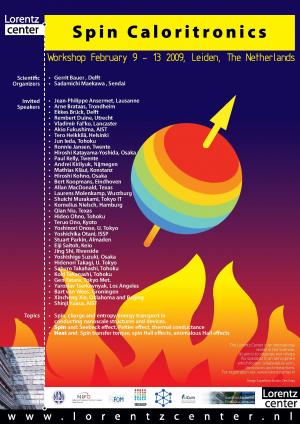 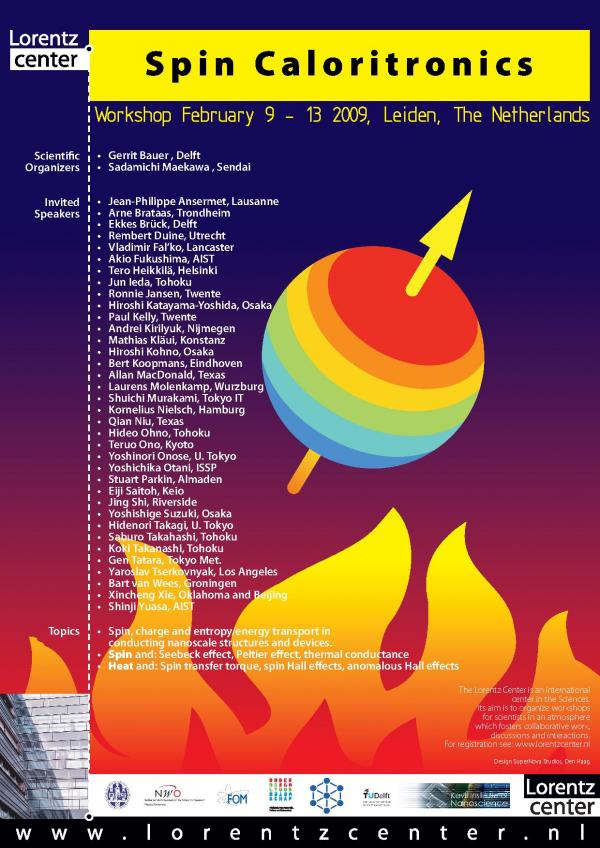