Description and Aim  Granular materials are collections of many particles interacting via pairwise forces, such as in liquids and gases. They occur in a number of industrial applications (food, pharmaceutical, construction) and in a number of geophysical phenomena (earthquakes, avalanches). Despite their importance, at the present time there is no established theoretical framework from which to investigate their properties. Theories commonly used to investigate thermal systems fail in describing granular systems, because of the peculiarities of the interaction between granulates: - Dissipation: energy is lost in the collision between grains. - Absence of Brownian motion: granulates are so large and massive that thermal motion   is negligible.- Static friction: there are tangential (history dependent) forces. Almost 20 years ago, S.F. Edwards expressed the fascinating perspective that granular systems at rest have a statistical mechanics of their own, different from that of Maxwell, Boltzmann, and Gibbs. This theory would allow one to describe static granular systems via a few thermodynamic parameters, as well as to study their properties by solving a granular partition function. - Is this or a similar statistical mechanics approach really possible?  - What are the corresponding equilibrium states?  - What is the correct underlying equilibrium distribution?  - How many thermodynamic parameters are needed? The aim of this workshop is to explore these questions, establishing prospects and boundaries of a statistical mechanics approach to granular media.
Read more... 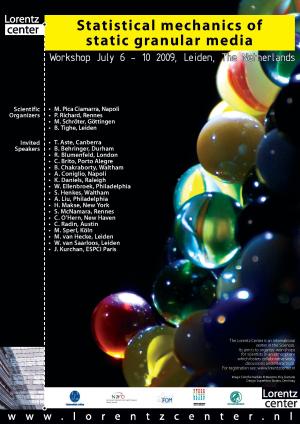 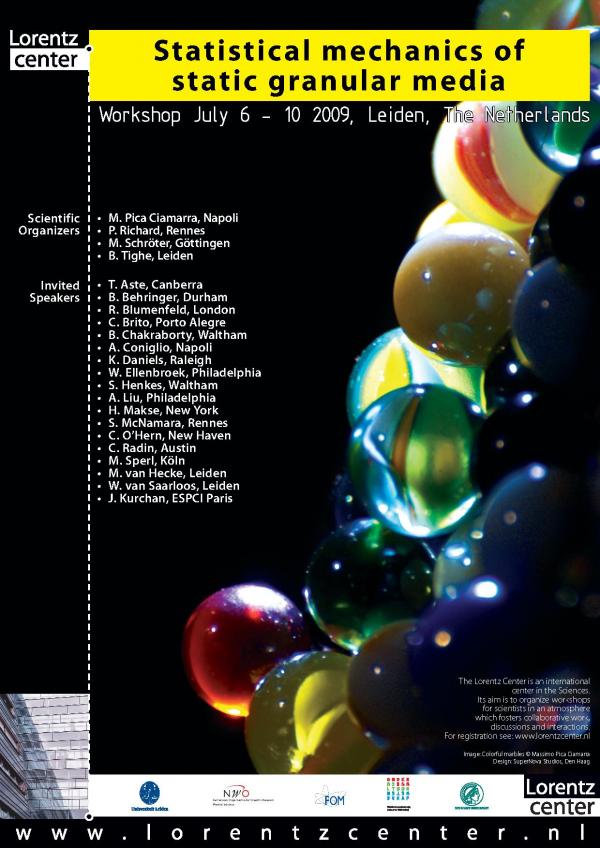