Networks have become a paradigm of science and society. Social developments, such as the rise of the internet and globalization, have brought the idea of networks to the public's attention. Many people take part in social networks and the idea of six-degrees-of-separation is almost taken for granted.

Within science, networks are also starting to play an important role, be it in a more complex way. Attempts to model complex systems, such as in climate science, system biology and system chemistry, are very intricate – and, appropriately, require often collaborative networks of scientists to succeed. Chaotic behaviour of such mathematically-encoded systems always lurks around the corner.

Networks initially offered a way to simplify complex relationships via a set of pairwise dependence relationships. More recently, it has become clear that many systems have non-linear dynamics, so they may have also chaotic behaviour and strange attractors. In neural systems, new research has shown that chaos appears on the level of large networks. In population dynamics, chaos has been observed in experimental cultures and seems to be important in the diffusion of transmitted diseases in social networks.

This workshop focuses on stochastic networks, whereby the stochasticity can be an element of the network, or associated with the measurements on the network. This includes therefore mathematical modelling of network evolution, such as a description of the Erdös-Rényi random networks and the countless extensions thereof, but also statistical physical model for the spread of infectious diseases or the statistical inference of a signalling pathway on the basis of time-course protein measurements. Underlying each of these models are ways to model a network stochastically. It is rare, however, that sociological network modellers interact with biological modellers. This is unfortunate and this meeting is intended to bring the various traditions together. 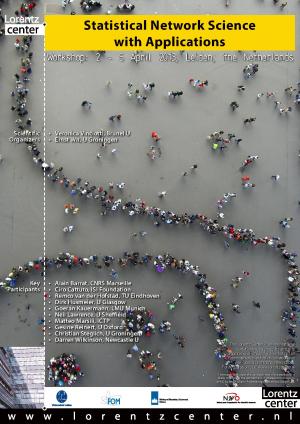 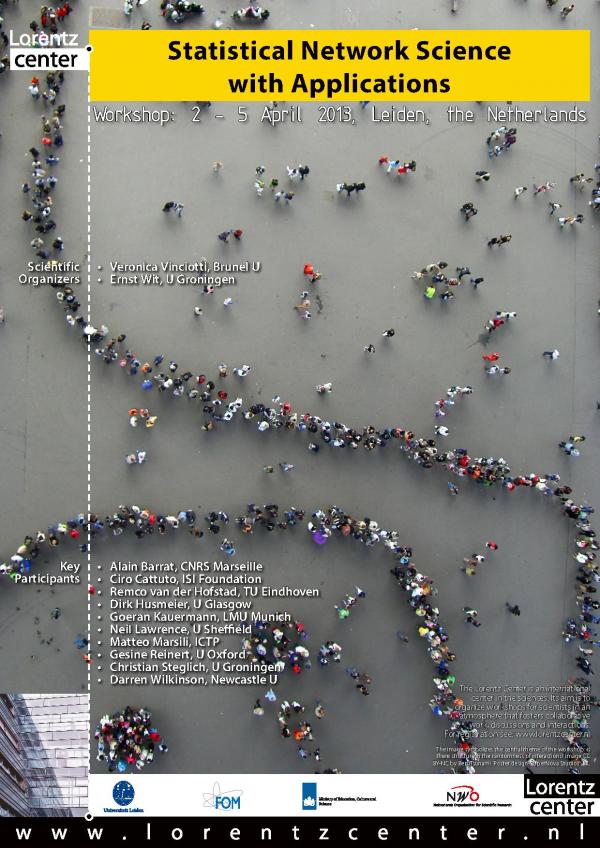