The aim of this Stieltjesweek is to provide an introduction to the classification theory of rings of low rank, and to prepare the audience for the workshop Rings of low rank to be held during the following week.

The week will consist of lectures in the morning by three lecturers: Karim Belabas (Bordeaux), Manjul Bhargava (Princeton), and Jürgen Klüners (Kassel). In the afternoon there will be problem sessions. See the program for details.

The lectures of Jürgen Klüners address the following type of problem: for a given positive integer n, how does the number of isomorphism classes of number fields of degree n and discriminant less than x in absolute value, behave as x tends to infinity? For small n this is well understood, for large n even the conjectural picture is unclear.

The focus of Manjul Bhargava's lectures is Gauss composition of binary quadratic forms. Appropriate higher dimensional generalizations of Gauss composition form the key to the recent breakthrough that the following week will be devoted to.

Karim Belabas lectures on cubic rings. Classical work of Davenport and Heilbronn allows us to count them, and the lectures will address both the theoretical and the computational aspects.

The lectures are aimed at Master's and PhD students in all areas of algebraic number theory, arithmetic geometry, and computational number theory. Familiarity with the basic theorems from algebraic number theory and the fundamental techniques of commutative algebra will be assumed. Knowledge of Dirichlet series, Tauberian theorems, class field theory, and the Cohen-Lenstra heuristics is helpful but not essential. A recent survey that addresses several topics to be covered during the first week is: K. Belabas, Paramétrisation de structures algébriques et densité de discriminants (d'après M. Bhargava), Séminaire Bourbaki 56 (2003.2004), no. 935 [PDF] 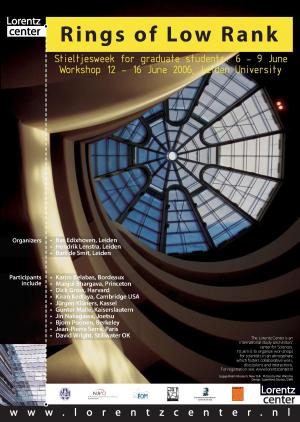 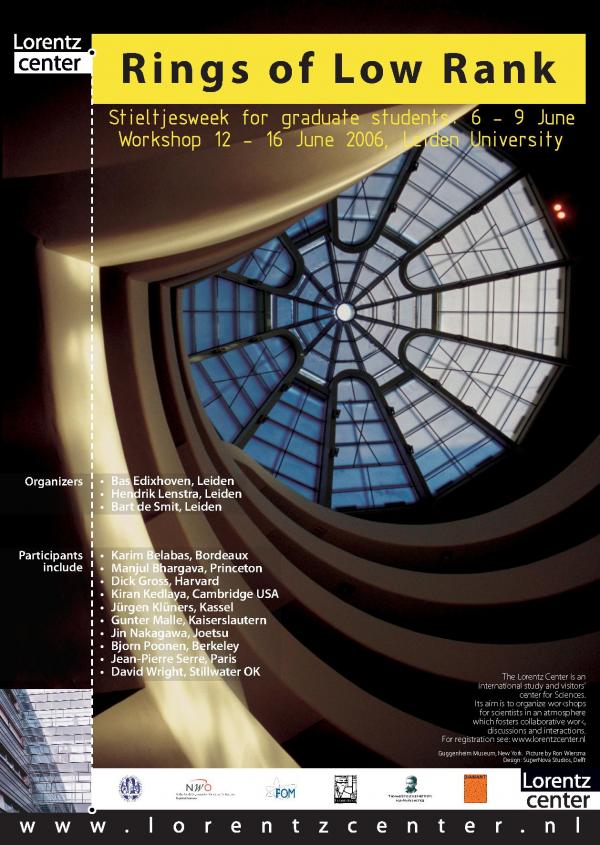