When Kamerlingh Onnes measured on April 8th, 1911 the electrical resistivity of mercury he was interested in the behavior of electrons at low temperature. Will they stay mobile down to the lowest temperature with a resistivity determined by the impurities? Will the resisitivity go down because of a reduction of thermal agitation of the atoms? Or will the electrons condense on the atoms and get reduced in number leading to an increase in resistance? Instead he discovered superconductivity in mercury, the sudden decrease in resistance down to an unmeasurable level.

In 2011 there is again a very strong interest in a similar competition between localization and superconductivity. For increasing disorder the resistivity increases, but is sometimes taken over by superconductivity. This is understood as a competition between localized electron-pairing and the establishment of long range phase coherence. Many properties are studied under the label: the superconductor-insulator transition (SIT). Apart from this intrinsically very interesting problem, these disordered superconductors are also very interesting materials to study quantum phase slip processes as well as for use in the detection of faint astronomical signals using compact superconducting resonators. The focus of the workshop will be on strongly disordered superconductors in which it is becoming clear, theoretically and experimentally, that despite of a uniform distribution of disorder the electronic properties become inhomogeneous.

The workshop brings together a cross-section of experimentalists, engineering-physicists and theorists to discuss the latest results and to identify properties to be studied in more detail. 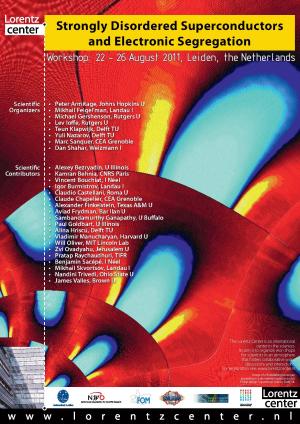 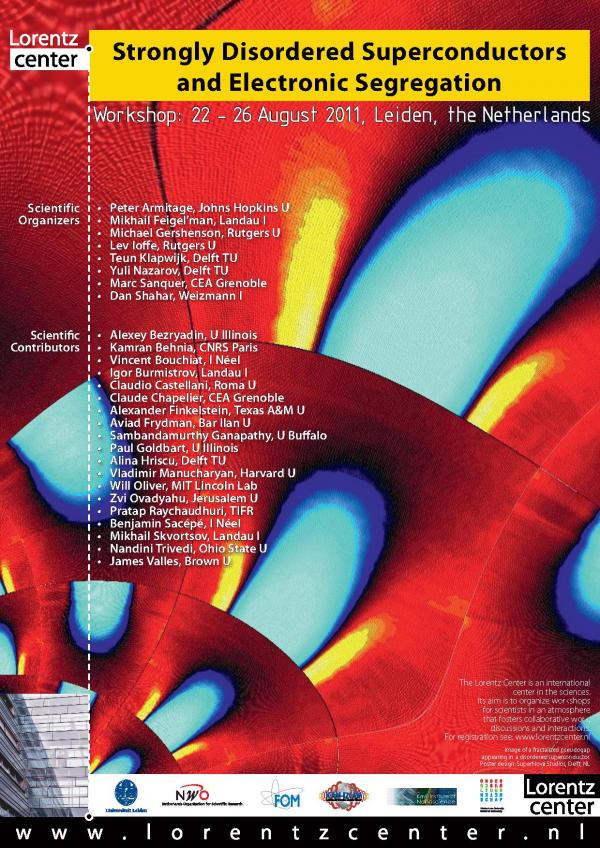