LOFAR, the Low Frequency Array, is a next-generation radio telescope that is being built in the Netherlands and neighboring countries and will be fully operational at the end of this decade.

It will operate at frequencies from 15 to 240 MHz (corresponding to wavelengths of 20 to 1.2 m). Its superb sensitivity, high angular resolution, large field of view and flexible spectroscopic capabilities will represent a dramatic improvement over previous facilities at these wavelengths.

As such, LOFAR will carry out a broad range of fundamental astrophysical studies and will be an important vehicle for astronomical research. An important goal that has driven the development of LOFAR since its inception is to explore the low-frequency radio sky by means of a series of unique surveys. We are planning to exploit the unprecedented sensitivity and wide instantaneous field of view of LOFAR to conduct large-sky surveys at 15, 30, 60, 120 and 200 MHz.

Furthermore, the LOFAR surveys will provide a wealth of unique data for a huge number of additional important topics. These include:

• Physics of nearby AGN

At the end of 2009 the LOFAR telescope will consist of 20 stations. With this system first observations on important extragalactic fields will be carried out. Also this system will map out the entire sky at 60 and 150 MHz.

The workshop at the Lorentz Center will focus on:

(i)    Updating the entire Dutch astronomical community on the LOFAR projects and its key programs,

(ii)  discussing the first scientific results from the 20 station LOFAR,

(iii) updating the survey plans for the full LOFAR in light of the experience from both the 36 station LOFAR and the first outer station,

(iv) exploring synergies with surveys in other wavebands. 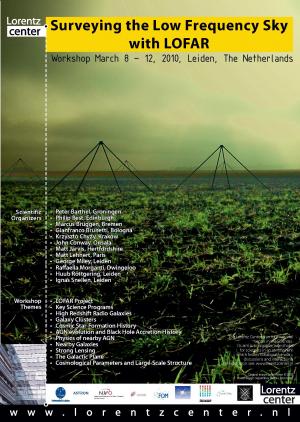 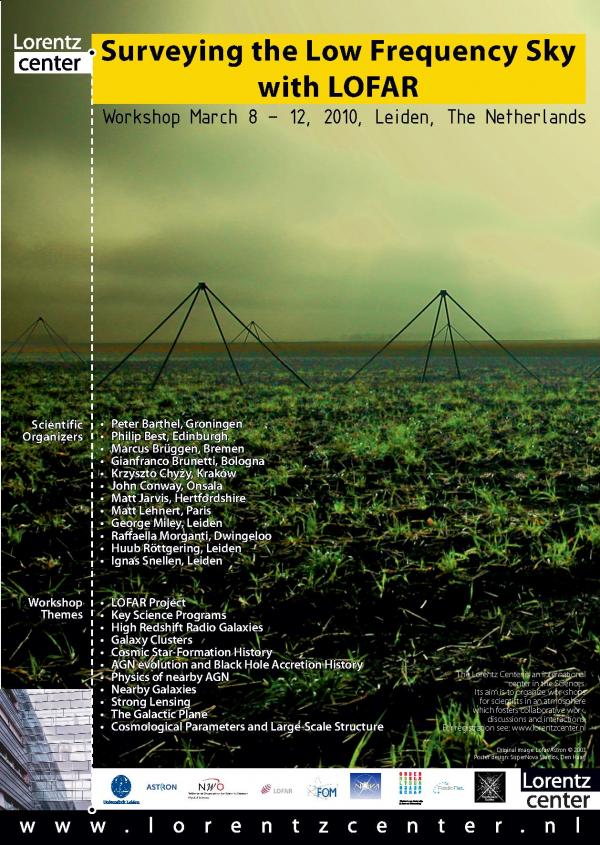