Incredible images of astrophysical objects are used by professional astronomers for research and by the general public for outreach and educational purposes. However, astronomers and the general public alike are blind to nearly all astronomical phenomena without technological and computational aids to produce the images that we are now used to “seeing”.

For example, only by using giant telescopes we can detect exoplanets or distant galaxies. Furthermore, most physical processes in the Universe reveal themselves, not in visible light, but instead at other wavelengths invisible to humans, including: radio waves; X-rays; and gamma rays. Incredibly, 95% of the mass and energy that makes up our Universe is actually entirely “dark” because it does not emit radiation and is referred to as “dark matter” and “dark energy”. Despite the fact that we are all basically blind to the Universe we nearly always opt to represent the data with visuals.

Challenging the idea that we should use visualisations of astronomical data, there has been an emerging research interest in converting astronomical phenomena into sound. There are now several astronomers performing such “sonification” of astronomical data to make academic research, outreach and education accessible to people who are blind or visually impaired (BVI) or to assess if data sonification, with visualisations, can enable a deeper understanding of the underlying data. Although there is a growing interest in the research area of converting astronomical data to sound, this has mostly been driven by enthusiastic astronomers themselves who largely lack the necessary expertise in sound perception and sound design techniques. Additionally, the groups developing the new methods and resources to sonify astronomical data are largely working without communicating with each other and, crucially, there is a stark lack of peer-reviewed literature on the topic.

With this meeting we aim at bringing together experts, including: astronomers interested in sonification; researchers in sonification; sound or music computing; sound design; sound perception; and educators, with the goal to: (1) discuss and consolidate current attempts at sonification of astronomical data and plan for effective dissemination; (2) establish a strategy to design scientifically-driven sonification experiments for research, education, and outreach applications, drawing on best practices from the fields of sound design and psycho-acoustics; (3) plan a roadmap for the following years, discussing how astronomers, sound designers, psycho-acoustics researchers, and educators can collaborate to carry out these scientific experiments and to work towards an international standard framework for sonification of astronomical data that also meets international accessibility criteria. 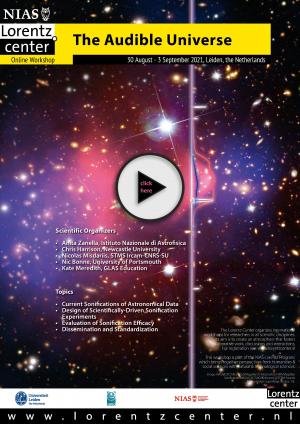 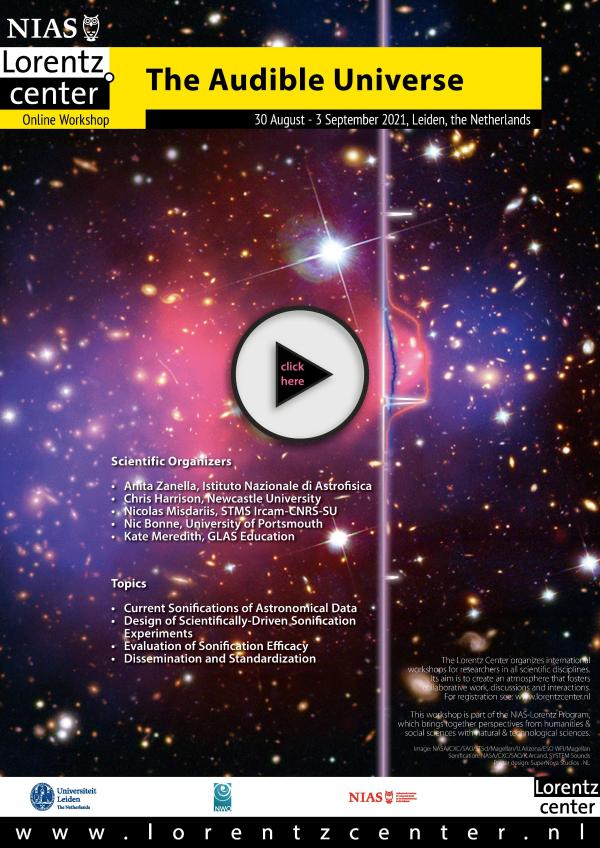