The Future of Phylogenetic Networks

The traditional model for representing evolution is the phylogenetic tree, which has long been considered to provide an adequate model for mutation and speciation events. However, phylogenetic trees are less suited to capturing “reticulate” evolutionary phenomena such as hybridisation, recombination or lateral gene transfer — events in which lineages combine, rather than diversify. Biologists have long felt the need for such models, particularly in plant biology and microbiology; and the calls for improved models have become increasingly prevalent in the last 10 years.

Phylogenetic networks are a generalisation of phylogenetic trees that can display such complex evolutionary scenarios; and the long-term goal of the workshop is the development of practical algorithms for these networks. This will allow the current tree model, which incorporates only vertical descent from parent to offspring, to be expanded to include horizontal (reticulate) evolution.

Biologists have long been interested in networks as representations of biological patterns, even before the advent of the tree model. However, it is only recently that mathematicians and computer scientists have started studying this topic, in order to develop realistic algorithms that can construct phylogenetic networks from biological data. Moreover, the methods developed so far are not yet entirely suitable for the purposes of biologists. The main shortcoming is that the mathematical models and methods developed do not explicitly represent the evolutionary history of the organisms. Consequently, biological publications continue to use phylogenetic trees to display evolutionary relationships even in studies where a network would be more suitable — the available software is not yet able to answer the specific questions that biologists have. Thus, new mathematical models and algorithms are required to better fit the present and future needs of biologists.

The first purpose of the workshop is that biologists from various sub-disciplines explain to mathematicians and computer scientists their specific requirements for phylogenetic network models, in order to make them useful for their work. In return, the mathematicians will outline the inherent mathematical limitations of various algorithmic approaches, and highlight potentially fruitful avenues for future development. By interacting in lectures and group discussions, we will thus identify the key features of phylogenetic networks that are important for any successful algorithm, both from the biological and computational aspects. 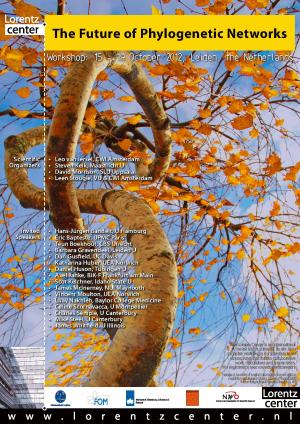 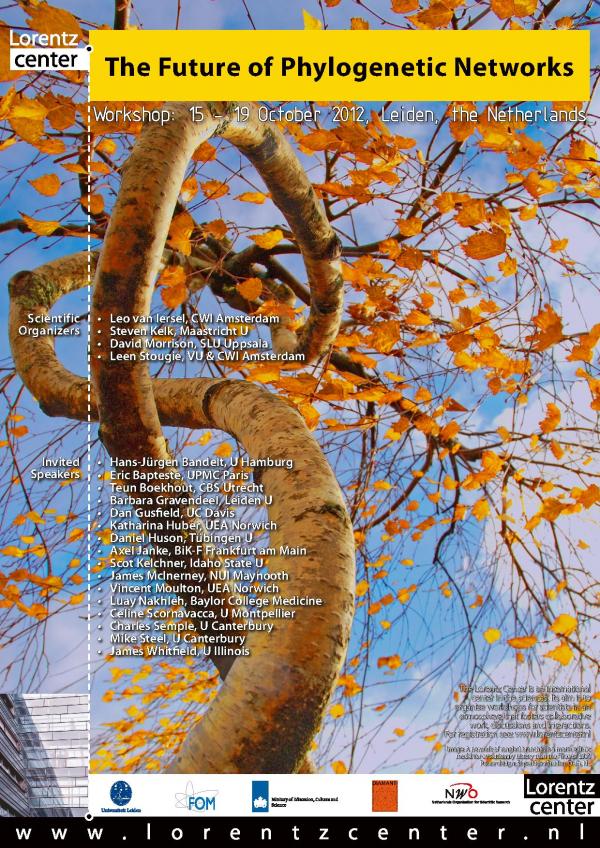