After central hydrogen burning almost every star inflates to giant dimensions and cools, becoming a Red Giant. In particular, stars of initial mass less than about 8 solar masses constitute two Giant Branches, the Red Giant Branch (RGB) and the Asymptotic Giant Branch (AGB), evolving with increasing brightness by many magnitudes at almost constant temperature. As these bright stars are both longer-lived and more numerous than the more massive stars, they are an important part of the stellar content of galaxies.

Besides this aspect, stars on the Giant Branches are evolved (on the RGB) or even very evolved (on the AGB). This implies that they have complex interior structures resulting from the combination of many physical processes – from nucleosynthesis to internal mixing and mass loss. They therefore provide also stringent test cases for the theory of stellar evolution.

A list of important aspects of evolution along the Giant Branches that we want to focus on in the workshop includes:

-    Features of the colour-magnitude-diagrams and luminosity function, such as the RGB and AGB bumps and clumps, and the tip of the RGB, which can serve as distance or age indicators, when identified in a stellar population;

-    Nucleosynthesis, which along the AGB leads to the production of heavy elements through the neutron capture s-process and of intermediate mass elements such as carbon and oxygen through hydrostatic burning;

-    Mixing processes by convection, partially induced by thermal instabilities, both at the tip of the RGB and during the AGB, which lead to modification of the surface properties including effective temperatures;

-    Mass loss, which together with nucleosynthesis and mixing determines the contribution of stars on the Giant Branches to the chemical evolution of galaxies and the universe, and also determine the morphology of the Horizontal Branch phase in old stellar populations;

-    Surface properties (colours and temperatures), which are particularly important for age determinations of old galaxies; this includes the theory of extended stellar atmospheres.

To promote discussions and active interaction, the attendance will be limited to 45 participants for at most 40 talks and 3 afternoon discussion sessions.  There will be ample time in the afternoon to have discussions with colleagues or work together. The Lorentz Center provides an ideal environment for this workshop format, with meeting rooms and office space for participants.

At this point about 30 persons have agreed to participate and we are soliciting for about 15 additional participants. Interested persons are invited to express their interest and may indicate the title of a possible oral 15+5 minute presentation. Selection of participants will take place early 2009. 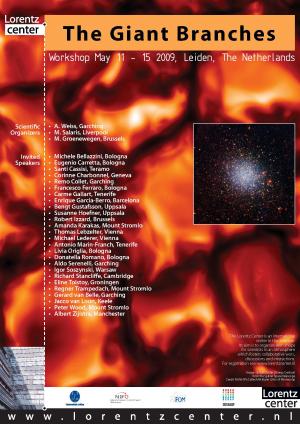 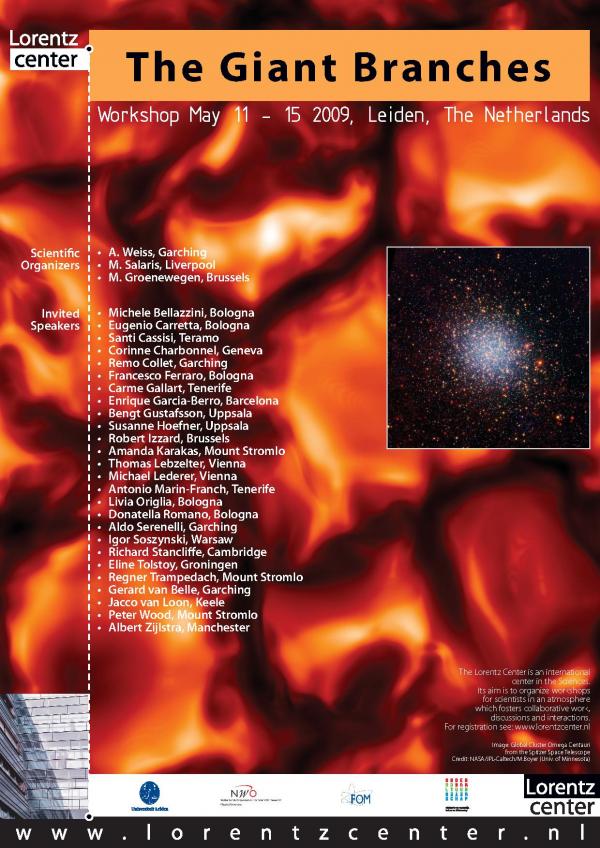