The Interface of Integrability and Quantization

Both integrability and quantization are central themes in classical and modern mathematical physics and thus form a common meeting ground for the research of mathematicians and physicists.

The first topic knew a strong revival in the sixties of the twentieth century with the success of the inverse scattering transform for various equations, like the Korteweg de Vries equation, originating from fluid dynamics. Since then, it has become clear that  integrable systems play a role in a much wider range of topics like string and field theories, optics, special functions, mirror geometry and harmonic maps.

The idea of quantization is at the origin of quantum mechanics and also led in mathematics to various new and fruitful directions, a recent one being the replacement of the notion of a group by that of  a so-called quantum group.

As the interaction between integrable systems and quantum theory is extremely rich, we want to focus at the conference on a number of topics:

2)     Integrable models in string and field theories and their quantizations

3)     Infinite dimensional groups and algebras in integrability and quantization

4)     The role of complex analytic geometry in both themes

These themes are chosen because active research is being done in these fields in the Netherlands, both by groups belonging to the cluster Geometry and Quantum Theory (GQT) as by related groups at ITFA in Amsterdam, the Spinoza Institute in Utrecht and the Institute Lorentz for Theoretical Physics in Leiden.

To maximize the interaction between participants specialized in one of the four topics, each of them gets addressed every day. The first four days a choice is made according to one of the four common aspects: modelling physics, the role of Riemann surfaces, deformations and the use of symmetry. At the last day we want to combine the workshop with the colloquium of the GQT-cluster and then a program with a mixture of the four topics is planned.

Besides the plenary lectures, we also want to offer to young researchers an opportunity to give a short presentation of their work. This is combined with an open problems session on Tuesday, Wednesday and Thursday, under the direction of a moderator that will give and evaluation at the end. In addition we will offer an opportunity to present posters by graduate students and post docs during the reception on Monday night.

Besides that the conference wants to be a platform for the discussion of new results and directions, we also aim to fortify the structural international cooperation in this field. This conference will be considered to be a success if it will lead to new collaborations, joint papers, projects and meetings. 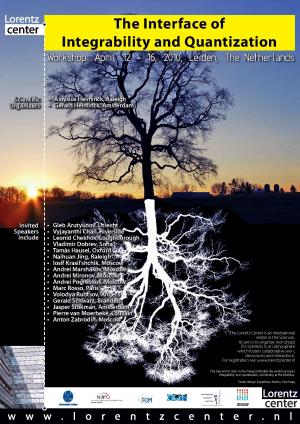 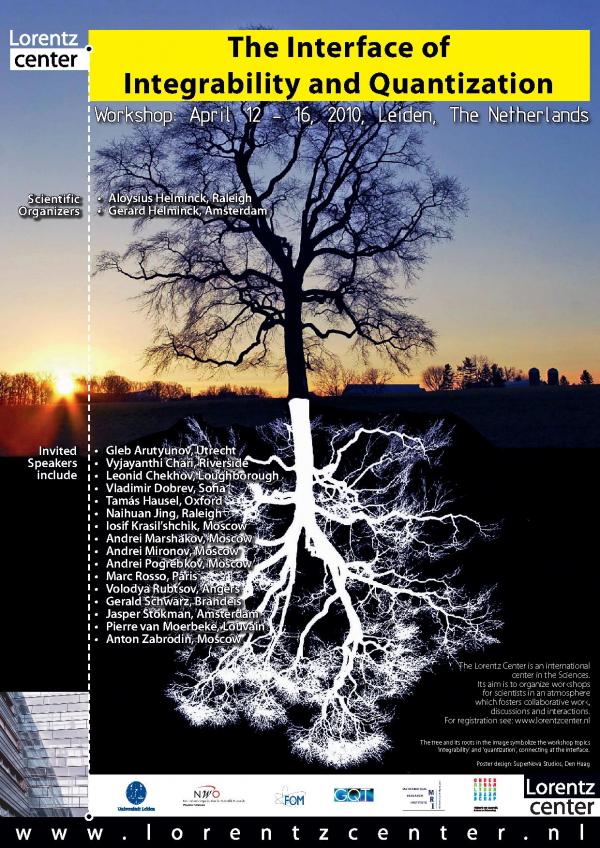