The term motivic fundamental group refers to two related ideas which have grown from Grothendieck’s program. On the one hand, it is natural to think of the ℓ-adic representations of the algebraic π1, the flat vector bundles corresponding to representations of the topological π1, and the p-adic representations of the crystalline π1 as being different realizations of one underlying motivic object. On the other hand, the focus in recent years has been on developing a powerful abstract theory of motives. Using a construction of Beilinson, Deligne and Goncharov could in a precise sense endow the “unipotent part” of the group ring of π1 with the structure of a motive. When the space is the Riemann sphere minus three points, the periods of this motive are the “multiple zeta numbers”. Recently, Faltings and Hadian have successfully applied the abstract theory of motives to the fundamental group and have obtained strong new results in diophantine geometry.

In the workshop there will be 17 hours of lectures by invited speakers, three or four lectures each day. There will be fairly long lunch breaks which can be used for informal discussions. The lectures will focus on three basic programs: the work of Deligne and Goncharov (extending earlier work of Ihara, Drinfeld, and others) on the unipotent motivic π1, the program of Faltings, Hadian, Kim to prove finiteness results in Diophantine geometry using the motivic fundamental group, and the “section conjecture” of Grothendieck relating the existence of a rational point to a splitting of the arithmetic fundamental group.

It is hoped that participants learn how to use the motivic fundamental group (beyond knowing about its classical, etale, deRham, and crystalline realizations) to attack classical questions in diophantine geometry, arithmetic algebraic geometry, and even physics. 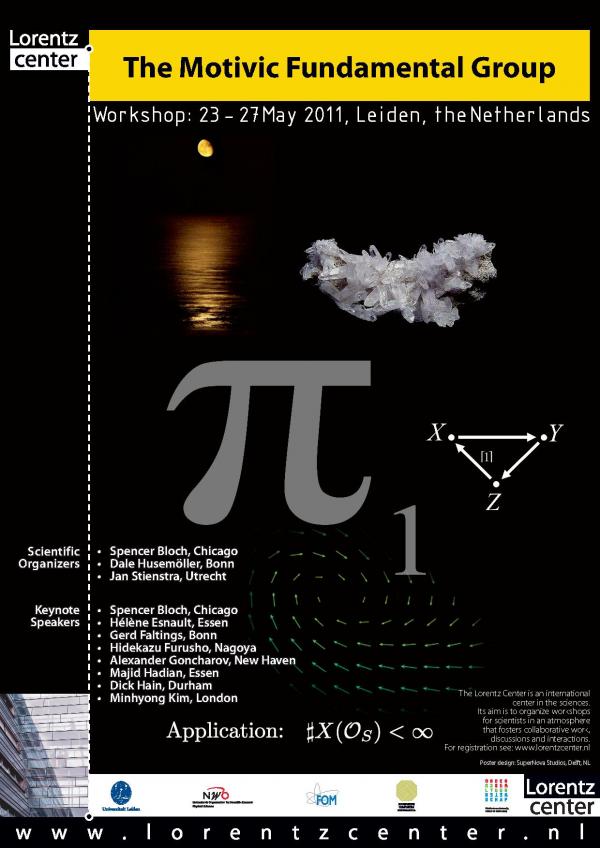