As the idea of a climate crisis gains traction around the globe, measures that could aid in stemming the tide are desperately sought after. This workshop will address the rise of a highly-contested techno-political project referred to as ‘climate engineering’. Measures subsumed under this term propose large scale, intentional interventions into the Earth’s climate system in order to stabilize global temperatures — ranging from massive afforestation to atmospheric dispersion of reflective particles.

The workshop is motivated by a notable conflict between the still largely speculative and imaginary nature of the proposed measures on the one hand, and their increasing integration into climate science and policy making on the other: How can we make sense of the emerging politics of climate engineering against this backdrop?

To address this question, the workshop will focus on developing a set of case studies which examine concrete actors, arenas, and timescales that have been at play in articulating and assembling climate engineering as an object of governance. With this collection, we hope to

contribute to unpacking the diverse notions of ‘the political’ in an apparently technocratic debate, and shed light on how science and politics are entangled in the making of climate engineering. 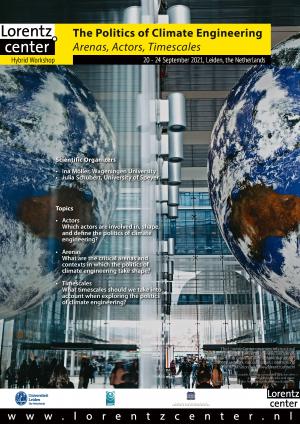 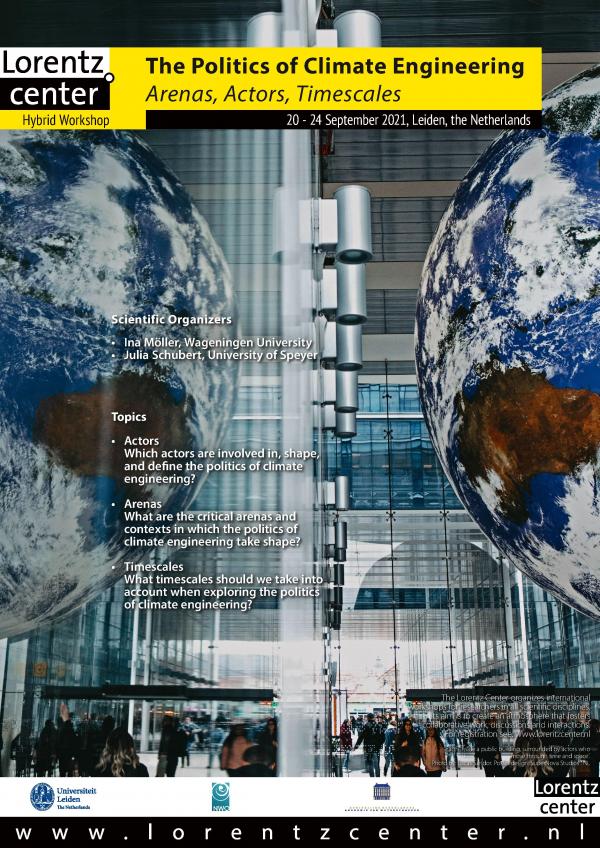