The Scientific Conference: Past, Present, and Future

International conferences are vital features of scientific life – thousands of them take place every year and hundreds of thousands have been organized since their rise in the late nineteenth century.

Yet for all their ubiquity, conferences have hardly been studied as phenomena central to science. The current pandemic, and the concomitant switch from in-person to online forms of meetings, has raised awareness of some of the peculiarities of the scientific conference: the relevance (or not) of face-to-face meeting, the inclusivity and exclusivity of academic gatherings, their place-bound nature necessitating travel, and the relations of conferences to the public at large.

Most of all, the functions of conferences are being reconsidered: are they meant for communicating of research findings, for training and problem-solving, for community-building, or do they merely offer covert tourism opportunities for travel-hungry academics?

This Lorentz workshop brings together three groups of people with an interest in the phenomenon of international scientific conferences:

Building on the findings of historians involved in the research project The Scientific Conference: A Social, Cultural, and Political History (funded by HERA, partnered with the Lorentz Center) they will discuss the past, present, and future of the scientific conference. 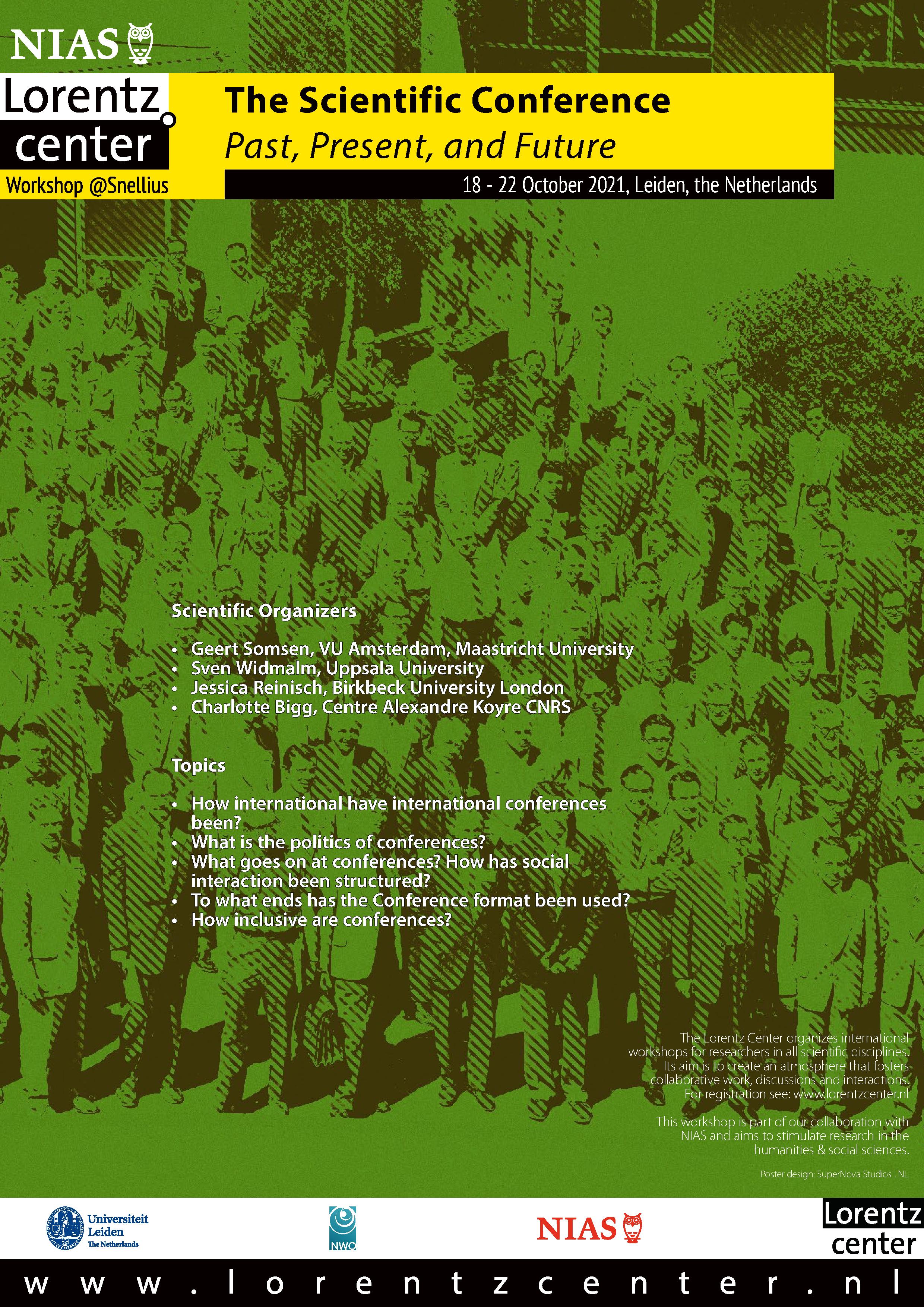