The Solar Sources of GeV Gamma-Rays

Solar flares have paradigmatic status for studies of explosive plasma processes in astrophysics. Particle acceleration is a key ingredient of these events; several tenths of the energy released from the stressed magnetic fields is converted initially into suprathermal particles, always electrons but often ions as well. Comparably powerful acceleration can occur subsequently in the heliosphere, creating solar energetic particles (SEPs) associated with shock disturbances or flaring activity. Generally we detect the electrons via hard X-ray observations, from numerous instruments on a variety of spacecraft, but the gamma-ray observations have proven to be much more elusive.

With the launch of space-borne detectors such as the Fermi Space Telescope, Pamela, and AMS-02 we now have comprehensive new observational data of >100 MeV gamma-rays and solar energetic particles in the GeV range during solar flares. These additional observational channels have brought new insight and new questions on how and where ions are being accelerated during solar flares. Fermi’s Large Area Telescope (LAT) observations of high-energy gamma-ray emission from solar flares indicate that there are two classes of flares: impulsive (∼ minutes; Ackermann et al. 2012) and extended (>20 hours; Ajello et al. 2014; Ackermann et al. 2014). Preliminary studies indicate that the presence of high-speed CMEs is one of the necessary conditions for extended gamma-ray flares (Omodei et al. 2015) – implicating large-scale shock waves – whereas the impulsive type are more likely tied to the ordinary flare mechanisms, including magnetic reconnection. Furthermore, the Fermi-LAT detection of GeV gamma-ray emission from solar flares originating from active regions behind the visible solar disk (Pesce-Rollins et al. 2015) provide new constraints on the mechanisms at work during these explosive phenomena.

analysis and interpretation of the observations from Fermi-LAT, AMS-02 and Pamela together to work in unison with experts in solar, space, and plasma physics to find answers to the following questions:

·         Why do superficially similar flares differ so greatly in ion acceleration?

·         How important are ions in the overall flare energy budget?

·         What role does the coronal mass ejection (CME) play in the acceleration of ions?

·         Why, in some events, does GeV energy continuum persist for hours after all other emission of the flare appear to have ceased?

·         What are the UV/optical/IR/radio counterparts of the gamma-ray and particle sources? 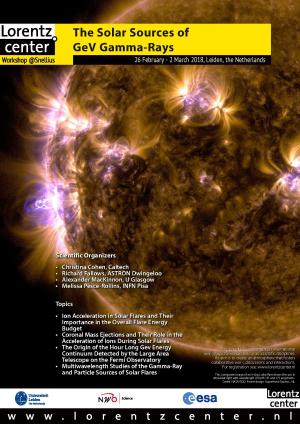 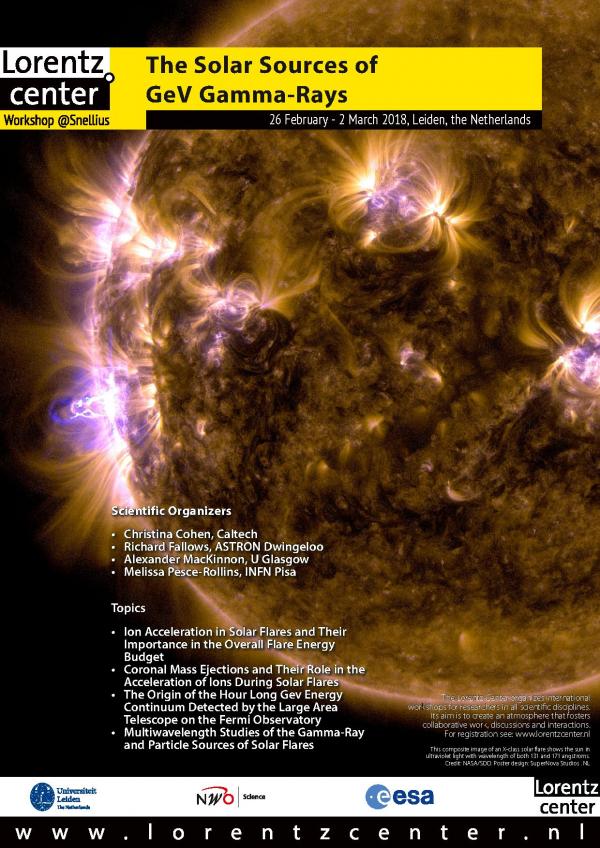