The Unusual Suspects in Neurodegeneration: Role of Non-Proteinogenic Amino Acids

Neurodegeneration, most prominently manifests as a pathological complex of seemingly interrelated neurodegenerative diseases (NDs), including Alzheimer’s Disease, Amyotrophic Lateral Sclerosis and Parkinson’s Disease, as well as several others. Interestingly, despite clinically discernible differences in disease presentation, at the cellular level, NDs share several similarities related, in particular, to high levels of protein aggregation and neuronal cell death.  A preponderance of evidence suggests an important role of environmental factors, including diet, as well as a role of biochemical processes that occur during the lifetime of a neuronal cell in neurodegeneration.  As an example, only 3-5% of occurrences of Alzheimer’s Disease (AD) is familial, that is genetically inherited, suggesting that environmental and/or dietary factors, are key contributors.

Current emerging (and established) lines of evidence point, to a role of non-proteinogenic amino acids (NPAAs) in neurodegeneration. NPAAs include both those derived from dietary or other environmental sources (e.g., microbial contamination of water), and those endogenously formed in cells from cellular chemical processes (e.g. oxidation). NPAAs may significantly contribute both directly (e.g., mimicking neurotransmitters, etc.) or indirectly (i.e., misincorporation into proteins) to neurodegeneration. Although several lines of evidence support this notion, several key questions remain. How diverse and widespread are the NPAAs in the biological world?  What are the main mechanisms whereby NPAAs may contribute to neurodegeneration? And more generally, what is the current state of knowledge that supports a contribution of NPAAs to neurodegeneration? The workshop will, therefore, endeavor to explore the current evidence that NPAAs, including both environmentally derived and endogenously formed representative, contribute to neurodegeneration via both direct and indirect (i.e., aberrant incorporation into protein) routes, specifically toward a unifying model of the role of NPAA in neurodegeneration and neurodegenerative disease. Moreover, the “secondary” aim will be to identify current gaps in the knowledge regarding NPAAs and neurodegeneration, and generate future research collaborations and proposals (to support future research) regarding this emerging question.

This workshop will bring together a diverse and multidisciplinary collective of international scientists (from different fields, which otherwise do not meet) to get connected (through their research, and associated expertise) by a general theme of the role of NPAAs in neurodegeneration. Through an intensive 4-day series of research presentations – and, moreover, active work groups tasked, each day, with addressing the proposed questions in a meaningful way - the symposium will ultimately lead to the development of a coherent model for future research whereby the fundamental questions related to the role of NPAAs in neurodegeneration can be effectively addressed. As the overarching goal of the symposium will be to establish a “workflow” for future research, an important component will be inclusion of young scientists including graduate (PhD) students, postdoctoral researchers and other early career scientists.  The workshop, as such, will not only provide opportunities for early career scientists to present relevant research (i.e., posters, oral presentation), but also enable, through their active participation in workgroups, essential contributions to shaping and engaging (i.e., research program development, establishment of collaboration) the next stages of research in this area. 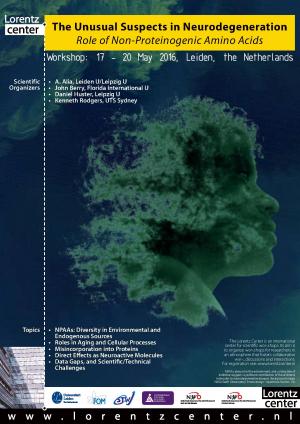 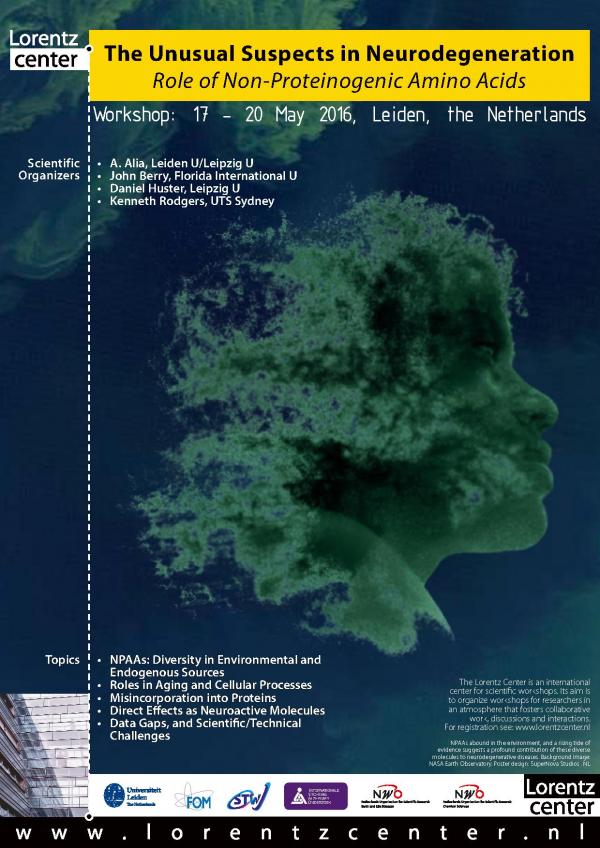