Under budget and ahead of schedule- Virtual -

Planets coalesce from solid "dust" grains within the accretion disks surrounding newborn stars. Traditional formation mechanisms, like core accretion, take several Myr. Since disks will have strong radial chemical gradients due to sublimation fronts for different dust species , planets should be imprinted with the bulk elemental abundances, e.g. C/O or N/O, characteristic of their formation radius. Therefore observed exoplanet atmospheric abundances of, e.g. water and CO, are considered to be a tool to determine where in their disks individual planets formed.

However, recent evidence suggests that planet formation actually starts in young disks , within 0.5 Myr after formation of the central star. The planet formation field is moving toward a paradigm shift in which planet formation starts early in young disks and continues through the lifetime of mature disks. However, we have not stopped to consider how this new timescale impacts the composition of formed planets, in particular their habitability and observable atmospheric characteristics.

In this workshop we will investigate how early formation and different "branching points" in planetary evolution impact the formation of habitable planets, from both directions: from the top down with disk observations and planet formation theory, and from the bottom up via the outcome of planet formation represented by Earth’s own history and the diversity of exoplanets.

This workshop will bring together the current experts on this topic from observers and theoreticians of the Solar System, protoplanetary disk, and exoplanet communities to construct a framework for how an earlier start to planet formation changes the standard picture for how planets get their volatile elements and what this means for how we interpret planets' atmospheric composition.

This meeting is perfectly timed to assess what combination of upcoming facilities, like JWST (launch October 2021) and CRIRES+ (commissioning now) and new models can be leveraged to solve this problem. At the same time, we will identify any missing or inadequate data and tools for further improvement and forge new collaborations. 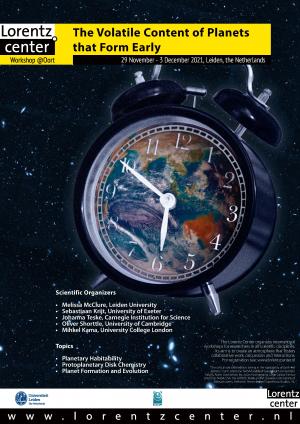 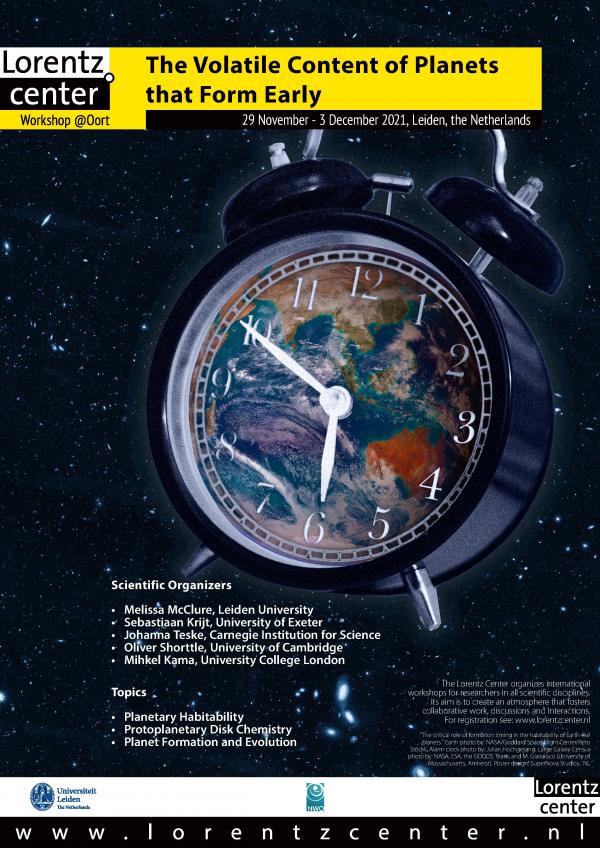