Towards an Evolutionary Theory of Nongenetic Effects

An accumulating number of studies indicate that nongenetic inheritance – mediated by mechanisms such as cultural inheritance, maternal effects or epigenetic DNA modifications – has a profound effect on the rate and direction of organismal adaptation. Conventional evolutionary theory, however, largely ignores the effects of such forms of extended inheritance.

For more information go to http://transgenerational.zoo.cam.ac.uk/LorentzWorkshop2013/index.html 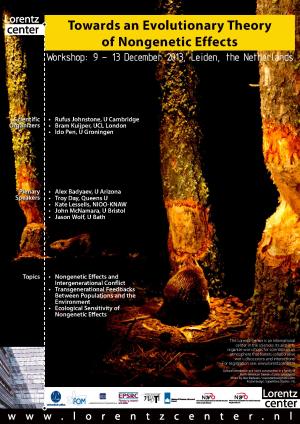 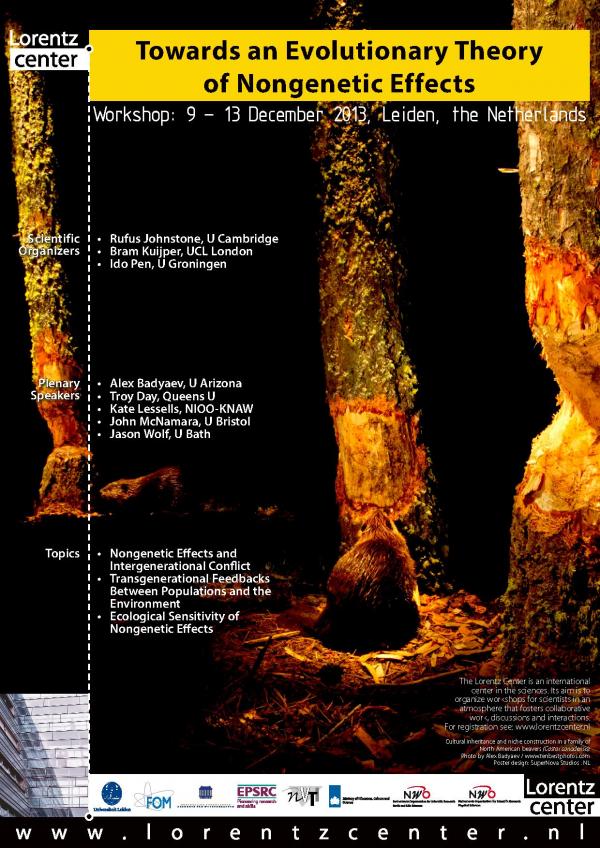