Large galaxy redshift surveys have revealed that the Universe has a striking weblike structure.

On these scales, galaxies and matter in the universe are arranged in a complex network of dense compact clusters, elongated filaments, two-dimensional sheets, and huge near-empty voids. The Cosmic Web is one of the most intriguing and striking patterns found in nature, rendering its analysis and characterization far from trivial. The absence of an objective and quantitative procedure for identifying and isolating clusters, filaments and voids in the cosmic matter distribution has been a major obstacle in investigating the structure and dynamics of the Cosmic Web. The overwhelming complexity of the individual structures and their connectivity, the huge range of densities and the intrinsic multiscale nature prevent the use of simple tools that may be sufficient in less demanding problems.

One aspect that the workshop will focus on strongly is the analysis and identification of the Cosmic Web and its various components. Progress on the study of the weblike geometry of the Megaparsec  and sub-Megaparsec matter distribution and of the relation between the large scale weblike environment and the galaxies populating its constituents has been hampered by the absence of a well-defined, commonly accepted language for quantifying its structure and topology. Quantities as basic and general as the mass and volume content of clusters, filaments, walls and voids are still not firmly established or defined.  Since there is not yet a common framework to objectively define filaments and walls, the comparison of results of different studies concerning properties of the filamentary network -- such as their internal structure and dynamics, evolution in time, and connectivity properties -- is usually rendered cumbersome and/or difficult.

Over the years, a variety of heuristic measures were forwarded to analyze specific aspects of the spatial patterns in the large scale Universe. In recent years we have seen the development of more solid and well-defined machineries for the description, characterization and quantitative analysis of the intricate and complex spatial patterns of the Cosmic Web. They address the full range of weblike features simultaneously, instead of focusing just on voids, or filaments in their own right.  For a successful identification and characterization of the Cosmic Web we also need sophisticated reconstructions of the cosmic density field on the basis of the observed galaxy distribution.

During the course of the workshop, we will discuss and assess the different identification and reconstruction techniques, and contrast them with an aim towards developing a consensus among experts in the field. Amongst the specific issues that will be addressed are the following ones:

-  to increase our understanding of dynamics and evolution of the Cosmic Web, and the relation between the dark matter, gaseous

-  to obtain a handle on the way in which the web environment affects the formation and evolution of galaxies.

-  to obtain a representative census of the various methods to dissect the Cosmic Web and to identify its various components.

-  to assess and explore the fundamental differences between the different web analysis techniques.

-  to adapt techniques used for idealized theoretical and numerical circumstances to a range of observational data and surveys. Compare

the performance of the instruments for analysis of computer simulations with those used for the analysis of observational data and surveys.

the workshop. This comparison is intended to be published in a peer-reviewed journal. 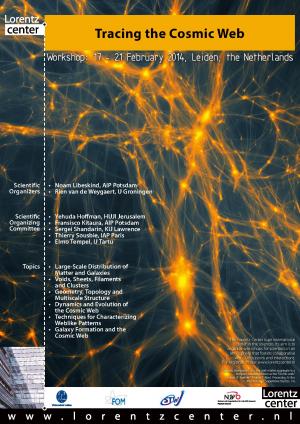 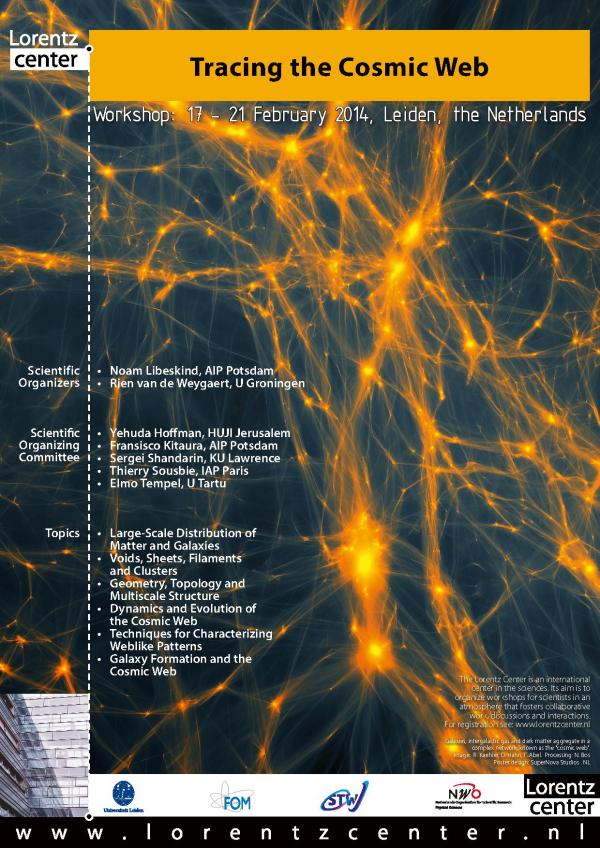