Two-dimensional (2D) turbulence is characterised by essentially different dynamics than ‘ordinary’ three-dimensional turbulence well-known from daily experience. In particular, the absence of vortex stretching in 2D turbulence results in the presence of the so-called inverse energy cascade. The inverse energy cascade manifests itself by a flux of kinetic energy from small to large scales in the flow, and supports the emergence of long-lived and weakly dissipative coherent structures.

The organizers intend to bring together scientists from various disciplines, such as fluid mechanics, meteorology, oceanography, and plasma physics, and to provide a platform for the exchange of knowledge and ideas in the field of quasi-2D turbulence. A series of more didactical lectures will be given on outstanding issues in (quasi-)2D turbulence and its application in meteorology and oceanography. The topics cover recent significant developments in the theory and modeling of 2D turbulence, experiments on (quasi)-2D turbulence, 2D turbulence in confined domains, active and passive tracers dynamics in 2D turbulence, Lagrangian dispersion in turbulence affected by buoyancy and/or rotation, and the effects of non-uniform background vorticity on 2D turbulence.

Following the tradition of the Lorentz Center, the workshop will provide ample time for informal discussions as well as for posters. We plan to have a light schedule of two of such talks by invited lecturers each day that will help to inspire the discussions. In addition, three contributions by senior and junior researchers are planned each afternoon.

The workshop is coordinated by Herman Clercx and GertJan van Heijst (both from Eindhoven University of Technology). 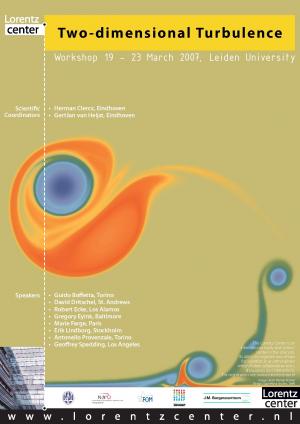 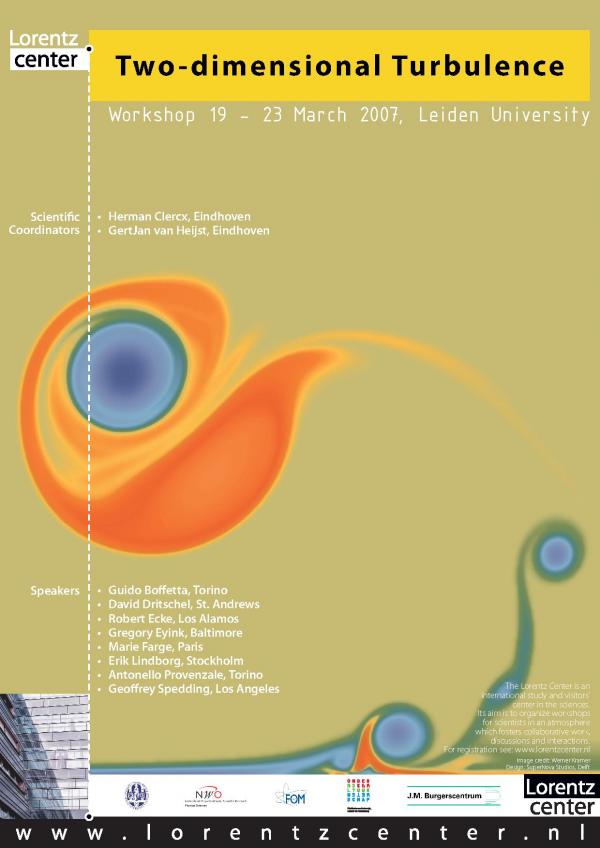