What is Translation? Exploring the Missing Link Between Neuroscience and Psychiatry

The question of how to translate clinical problems into adequate neurobiological research models and vice versa become more and more pressing. The aim of the workshop is to engage with the main theoretical challenges to successful translations between psychiatry and neuroscience and to investigate how successful translations work in practice. We will focus on the following topics and questions:

Metaphors have been shown to improve communication in mental healthcare by stimulating patients’ creative resources to express their symptoms. However, metaphors are also used as framing strategies that implicitly force the interpreter to consider the observed phenomena from a specific perspective. How are verbal and pictorial framing strategies used to represent mental disorders and translate them to other domains such as neuroscience?

The idea that neuroscientists give mechanistic explanations has become increasingly popular in the philosophy of science. Several philosophers and psychiatrists have argued that the mechanistic explanatory strategy can be applied to mental disorders as well. What are the advantages and disadvantages of such an approach? How does it compare to other explanations of mental disorders?

Metaphor and the brain

Metaphors can be extremely helpful in translating new insights from neuroscience to other domains such as psychiatry. However, it is essential that these metaphors cover the complexity of the human brain, including its structural and functional characteristics, in a dynamically temporal setting. What are the strengths and weaknesses of contemporary metaphors of the brain? Which metaphors can provide new leads in the study of the complexity of the brain and the neural underpinnings of mental disorders?

Mental disorders develop in the context of a personal narrative and specific socio-cultural circumstances. This means that translations have to be situated within appropriate contexts. What are the most important contextual factors clinicians need to take into account when translating neuroscientific findings to their patients and the public more in general?

Drawing on concrete case studies from the participants, the workshop will investigate how these topics and questions interrelate and contribute to successful translations between psychiatry and neuroscience. 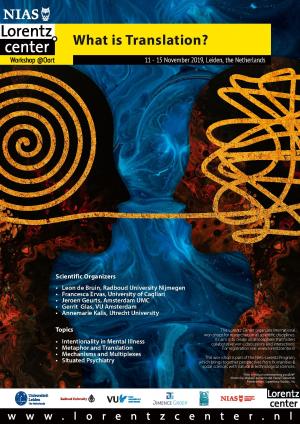 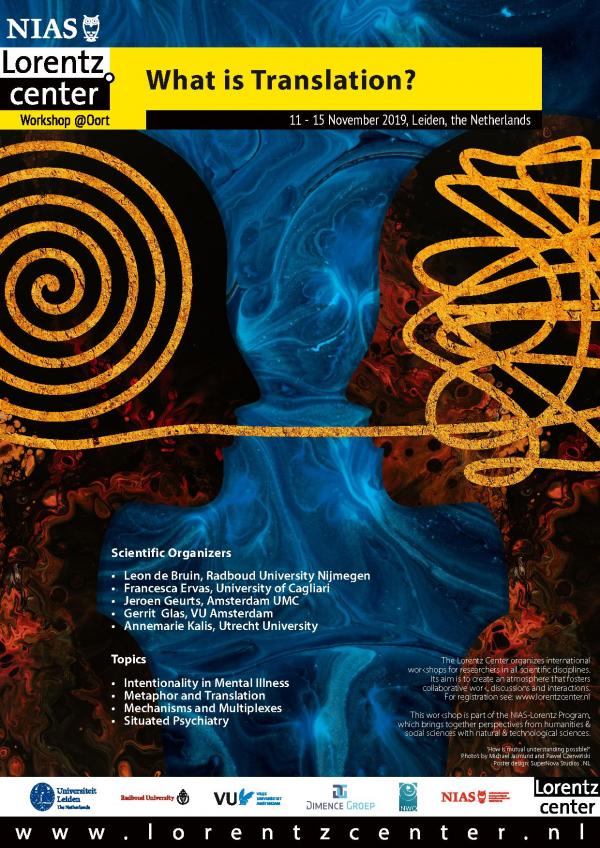