Type I X-ray bursts are thermonuclear explosions triggered by unstable burning in the oceans of accreting neutron stars. Intrinsically interesting as nuclear phenomena, they are also important as probes of dense matter physics and the strong gravity, high magnetic field environment of the neutron star surface. The basic cause of bursts, an imbalance between nuclear heating and radiative cooling in settling material, can be explained using simple one-dimensional calculations. The past decade, however, has revealed major complexities that can no longer be understood within the context of such simple models.

The development of asymmetric brightness patches (burst oscillations) in around 10% of bursts is as yet unexplained, and requires us to consider flame spreading and multidimensional effects. Serious discrepancies between expected and observed burst recurrence times imply a role for turbulent mixing and quasi-stable burning between bursts. And the highly atypical properties of bursts and burst oscillations from accreting pulsars suggest an important dynamical role for the magnetic field.

It is now clear that these and other problems cannot be resolved unless we include the magneto-hydrodynamical (MHD) response of the neutron star ocean, both during and between bursts, in our calculations. This workshop will bring together theorists from the MHD and nuclear physics fields, along with experienced observers, to consider how this should be done and how new models might be tested.

We aim to make progress towards answering the following key science questions: • What are the dominant factors controlling the location and frequency of burst ignition? • How do hydrodynamics and nuclear physics interact to drive flame propagation? • How are asymmetric brightness patterns generated and maintained in some bursts? • What role does the magnetic field play, both between and during bursts? • How do inter-burst oceanic processes such as mixing and sedimentation affect bursting? • How do these issues impact attempts to use bursts as probes of dense matter physics? 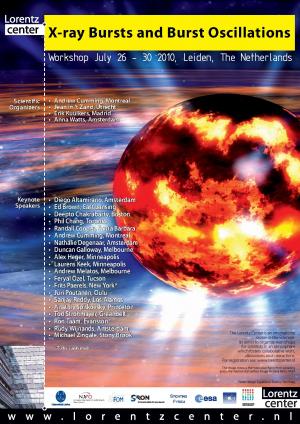 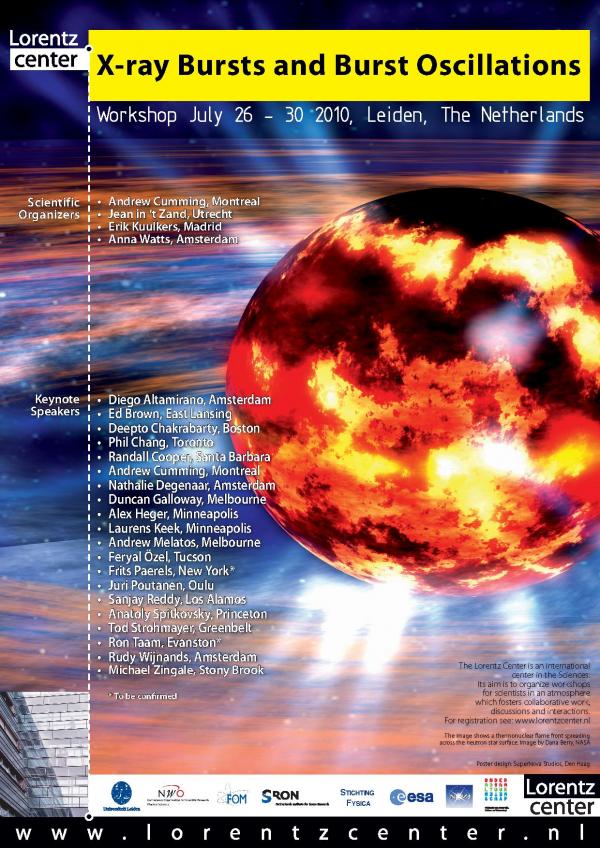